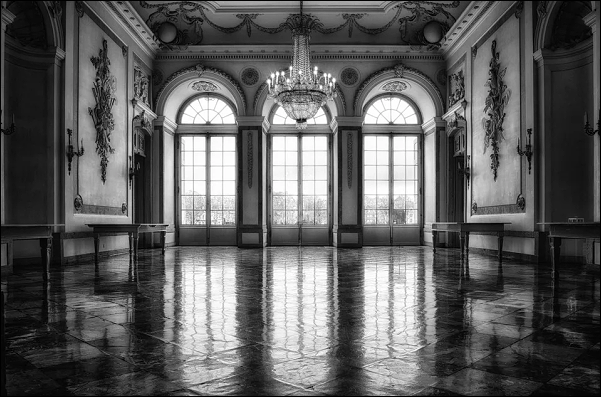 I recently discovered an old photo from before . . . It was slipped within a book of verse from an unknown, but most disturbing author. I admit to being horror-struck that I almost threw the photo in the bin just as it quickened layer upon layer of delightful memories. After all, Grande-Maman did so love to invite the local intellectual types and artists to her affairs that were quite popular throughout the village. Since I was not yet of age, Grande-Maman insisted that I watch from behind the decorative screens. She was wise in this, as I was able to watch her artistry unveiled . . .

hiss of wind
echoes of chains
skeletal hand over heart