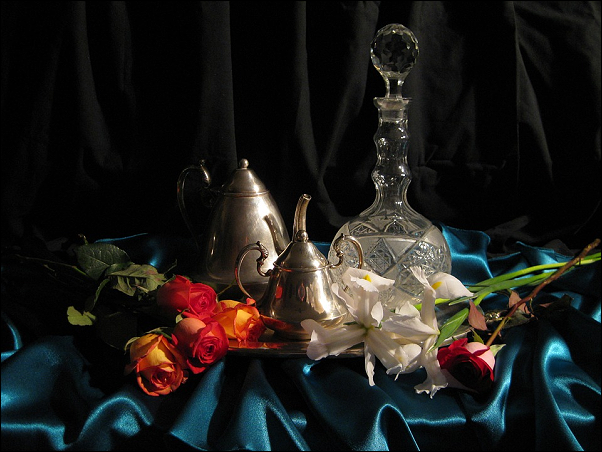 Voodoo (v)
by Sheikha A.

cover the face of my mother’s jewellery;
the cupboards stand on eaten planks,

tiny jaws of termites pierce wood like fabric;
they got into the sink – when wood disabled

their buffet, they extended to pipes and metal,
like anthropology in times of crises – their caves

like sarcophagi mounding bodies
of what they claimed. She told me

homes of ghosts could not be invaded,
and I believed her – I let her bring them in

and they housed. Heavy scent of incense
webs the walls as spell-water moulds

to the lack of fleshy wood, gripping
on glass with the finesse of hooks;

she told me they smell when they die
of dank rust and dehydrated corpses;

I believed her like an apostle until they left.
My mother’s gold still bears black masks,

the gems have been cast into salt water;
and they’ve grown under sinks, leaving

their dead skins behind, finding a new route
through drains – through way of gnawing,

leaving trails of their arrival as caked dust.
She tells me in dreams of her body – mounds

of teeth on her thinning flesh – they housed
her wood, and then her pipes, until one night

they covered her walls, building down
towards floors, they found her bed, fresh-

scented silver and gold – red planks of blood-
hued food it didn’t take long for them to finish;

they smelt her insides reeking of mould,
delicious meat ripe with black deeds;

the strings of her harping throat plucked first
as her eyes watched them building their cave,

dexterous tiny jaws relishing her for days.
She tells me they’ve entered her blood,

casking her in their motes; she tells me
she’s still breathing, and I believe her – 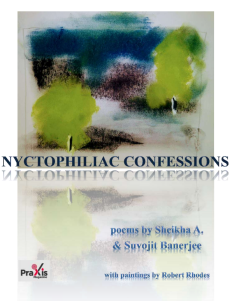 Nina D’Arcangela is a quirky horror writer who likes to spin soul rending snippets of despair. She reads anything from splatter matter to dark matter. She's an UrbEx adventurer who suffers from unquenchable wanderlust. She loves to photograph abandoned places, bits of decay and old grave yards. Nina is a co-owner of Sirens Call Publications, a co-founder of the horror writer's group 'Pen of the Damned', founder and administrator of the Ladies of Horror Picture-prompt Monthly Writing Challenge, and if that isn't enough, put a check mark in the box next to owner and resident nut-job of Dark Angel Photography.
View all posts by Nina D'Arcangela →
This entry was posted in Authors, Dark Fiction, flash fiction, FREE, Horror, Ladies of Horror, Writing Project and tagged author, fiction, flash fiction, Horror, Ladies of Horror, picture prompt, Sheikha A., Writing Project. Bookmark the permalink.