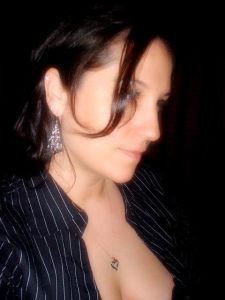 Born and raised in Chicago, Lisa’s love for horror began at a young age. Her father had a deep love for horror movies and science fiction, and took a keen interest in special effects. So that Lisa and her siblings could enjoy the movies with him he’d sit up late at night taking on the painstaking task of “editing” the explicit adult scenes. Afterwards, they’d sit together and discuss the magic of how the effects were achieved. When other kids her age dressed in cartoon-kid-friendly costumes for Halloween, Lisa created homemade costumes that paid homage to classics like “Bride of Frankenstein”. Thanks to her creative parents (her mother also having a talent for artistic expression such as homemade crafts, sewing, and interior decorating) Lisa was encouraged to read, write and to act in homemade skits to entertain themselves, family and close friends.

Lisa currently resides in Katy, Texas. She is the Publisher’s Liaison for the Horror Writer’s Association, and is also the founder of the HWA’s Houston chapter. She is the owner of Stitched Smile Publications, a small independent publishing company, and is the author of The Unsaintly Chronicles, The Unfleshed, and several other short stories.

The Anti-God (The Unsaintly Chronicles Book 1) 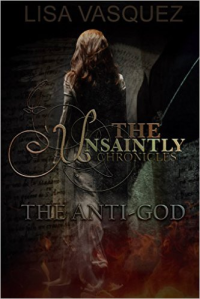 Though she was born to a noble family, Isabel Augustus had shown a love for piety, humility and servitude at a very young age. In a world of darkness, her light far outshone those around her, attracting the attention of both Heaven and Hell. When Isabel’s simple actions as a mortal catch the eye of God, who showers her in his blessings and attentions, Lucifer’s jealousy rears its ugly head once more. The age old contention between father and son results in a tug-of-war over her very soul when Lucifer begins to show her his own attention. They will soon find out that there is another who seeks out the soul of their precious Isabel. Will Isabel’s faith be enough to save her and those she loves? Or will she give up her immortal soul to keep the end of the world at bay?

All Things Zombie: The Gathering Horde

This collection of zombie stories features some of the top zombie authors in the genre; T.W. Piperbrook, A.J. Brown, Chris Philbrook, Glynn James, HJ Harry, Kevin Fitzgerald, Jack Wallen, Ben Reeder, Michael Robertson, and Eric A Shelman are among the Horde’s collection… but there are more… The Gathering Horde is a wild ride through the apocalypse. Within these pages, you will find that there is no theme, no rules, and no connection from tale to tale. It is truly all things zombie.

A girl hiding in a crawlspace… a dystopic world where zombies are part of the entertainment… a mother slowly turning near her child… escapes, failures, tears, laughter, the best and worst of humanity… and, of course, ZOMBIES!!!
You’ll own tales from the outbreak, the onset, the fall, the fight, and the world that came after. 33 short stories designed to be read independently at your leisure. Each tale is only 4-8 pages long, making it perfect for the commute or coffee break. You won’t find another collection like this one. Read the Gathering Horde… and join us… we are gathering now… 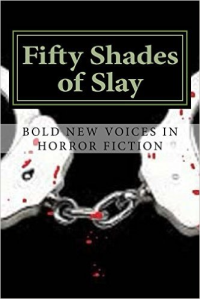 A collection of bold new voices in horror flash fiction.

Nina D’Arcangela is a quirky horror writer who likes to spin soul rending snippets of despair. She reads anything from splatter matter to dark matter. She's an UrbEx adventurer who suffers from unquenchable wanderlust. She loves to photograph abandoned places, bits of decay and old grave yards. Nina is a co-owner of Sirens Call Publications, a co-founder of the horror writer's group 'Pen of the Damned', and if that isn't enough, put a check mark in the box next to owner and resident nut-job of Dark Angel Photography.
View all posts by Nina D'Arcangela →
This entry was posted in Uncategorized and tagged author, Horror, Lisa Vasquez, Wihm7, Women in Horror Month. Bookmark the permalink.