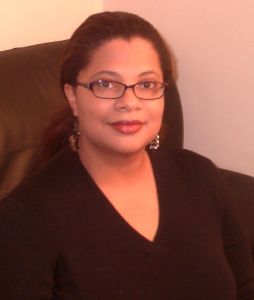 Bio: Eden Royce is descended from women who practiced root, a type of conjure magic in her native Charleston, South Carolina. She now lives in Kent, The Garden of England, and writes Gothic horror and dark fantasy tales based on her childhood (and a few weird dreams). Featured in her work are the language and traditions of the Gullah-Geechees, descendants of the first slaves brought to the sea islands off the coast of South Carolina and Georgia. 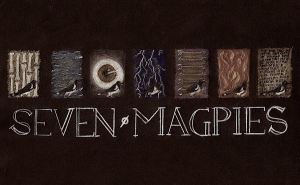 Eden is one of the writers for The 7 Magpies project, a first of its kind: a short horror film anthology written and directed entirely by black women. She is also the horror submissions editor for Mocha Memoirs Press where she conceived and edited The Grotesquerie, an anthology of twenty-one horror short stories written by women. She also writes a regular feature for Graveyard Shift Sisters, a site dedicated to purging the black female horror fan from the margins, where she interviews black female authors of dark fiction and reviews their latest work.

Blerd Book Club chose her Southern Gothic horror collection, Spook Lights, as their October book of the month. Listen to her chat with them about the inspiration for the stories, give a few translations of Gullah words, and mention her upcoming projects. Learn more about Eden’s brand of horror at her website edenroyce.com.

You can find Eden and her work in the following places: 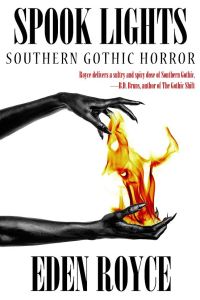 Pull up a rocking chair and sit a spell. Soak in these twelve tales of Southern Gothic horror:

Sinister shopkeepers whose goods hold the highest price, a woman’s search for her mother drags her into the binding embrace of a monster, a witchdoctor’s young niece tells him a life-altering secret, an investigator who knows how to keep a 100% confession rate….

These are stories where the setting itself becomes a character—fog laced cemeteries, sulfur rich salt marshes—places housing creatures that defy understanding and where the grotesque and macabre are celebrated.

The stories are rich in flavor and clever in metaphor, the horrors completely surreal or—far more unnerving—all too possible. She brings a refreshing perspective to the table that paranormal lovers are sure to enjoy. 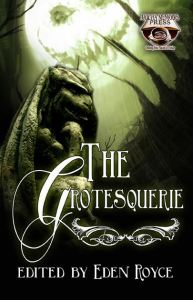 Twenty-two short horror stories written by women are here on display for your enjoyment or your perverse fascination. Within these pages, beauty becomes deadly, innocence kills, and karma is a harsh mistress.

The Grotesquerie is now open… 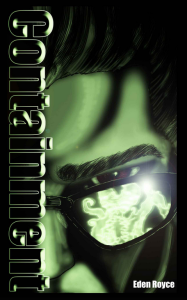 “Life is different among the dead.”

They are kept in chambers, their energy used to feed the City’s voracious appetite for fuel now that traditional sources are long gone. These grisly fuel cells are kept watch over by Feast, a devil-human hybrid whose recent run-ins with the City leave him questioning its authority.

When he is needed to bring in one of the most dangerous creatures for containment, Feast is faced with a decision that may make him the next power source.

Nina D’Arcangela is a quirky horror writer who likes to spin soul rending snippets of despair. She reads anything from splatter matter to dark matter. She's an UrbEx adventurer who suffers from unquenchable wanderlust. She loves to photograph abandoned places, bits of decay and old graveyards. Nina is co-owner of Sirens Call Publications, co-founder of the horror writer's group 'Pen of the Damned', and if that isn't enough, put a check mark in the box next to owner and resident nut-job of Dark Angel Photography.
View all posts by Nina D'Arcangela →
This entry was posted in Authors, Horror, Women in Horror Month and tagged author, Eden Royce, Horror, Wihm7, Women in Horror Month. Bookmark the permalink.