Girl Killers, by E.F. Schraeder, Author of As Fast as She Can | #DarkFiction #Horror #Book @Sirens_Call

Girl Killers – More Than a Sum of Her Parts

Dead ‘girls’ have historically been fairly common starting places for stories, but increasingly across many genres (thanks to persisters, resistors, and other rabble-rousers), that’s a dynamically changing trend. I wrote As Fast as She Can with these changes in mind. I wanted to write a young female-identified character who was the opposite of a victim, who was more than the sum of the horrible things that have been done to her. Even though Ginger didn’t set out to become a monster, I didn’t want that (tragic) backstory to be the main thing driving her. In place of bodily damage and a hole in Ginger’s heart, I imagined anger. I imagined her as powerful.  First and foremost, I imagined Ginger as a monster.

Why? My interest in female monsters is basically a lifelong preoccupation. I’ve craved them like a vampire craves blood. As Mallory O’Meara wrote in The Lady from the Black Lagoon, women in horror “rarely get to explore … what it’s like to be a giant pissed-off creature” because they’re very often the victims of monsters, not the monsters themselves. Ginger is a product of my interest in reading and writing girl monsters, and her voice boomed while I wrote about her untamed appetites.  As with Ginger’s uncontrollable urges and incredible strength, she stampeded through the story and joined the growing ranks of these girls imagined not as victims or heroes, but as flawed and dangerous beings ready to make the world see them— and fear them.

Ginger is a girl who doesn’t play by the rules, so keep your guard up. She knows the world can be a brutal, even for monsters. And I hope I did her justice. 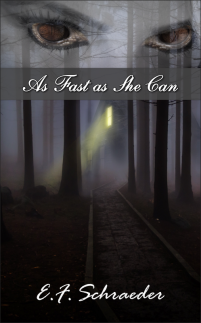 As Fast as She Can, by E.F. Schraeder

Living in a quiet house on the outskirts of town, Ginger isn’t like the other girls.

When she wakes up and discovers the unthinkable about her adoptive parents, she runs away and goes on a rampage straight to the only friend she has. Can she control what they both become?

With a violent, growing hunger and more questions than answers, Ginger has nowhere to turn.

As Fast as She Can is currently available on:

ABOUT THE AUTHOR — The author of Liar: Memoir of a Haunting (Omnium Gatherum, 2021) and other works, E.F. Schraeder usually writes about not quite real worlds.  Schraeder is also an avid gardener and hot pepper enthusiast who believes in ghosts, magic, and dogs. Say hello online at efschraeder.com. 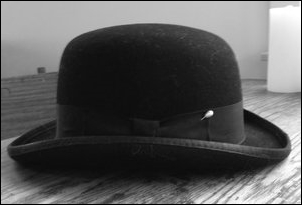 Nina D’Arcangela is a quirky horror writer who likes to spin soul rending snippets of despair. She reads anything from splatter matter to dark matter. She's an UrbEx adventurer who suffers from unquenchable wanderlust. She loves to photograph abandoned places, bits of decay and old grave yards. Nina is a co-owner of Sirens Call Publications, a co-founder of the horror writer's group 'Pen of the Damned', founder and administrator of the Ladies of Horror Picture-prompt Monthly Writing Challenge, and if that isn't enough, put a check mark in the box next to owner and resident nut-job of Dark Angel Photography.
View all posts by Nina D'Arcangela →
This entry was posted in Books, Dark Fiction, Horror and tagged As Fast as She Can, book, E.F. Schraeder, Girl Killers, Novella, Sirens Call Publications. Bookmark the permalink.

2 Responses to Girl Killers, by E.F. Schraeder, Author of As Fast as She Can | #DarkFiction #Horror #Book @Sirens_Call