Darkness creeped into the room.  The window was black.  The candle flickered across the wooden table.  Its light was a faint whisper, casting eerie glows across the breakfront nearby.  Porcelain skin, painted faces were shadowed.  Silence took a seat in the chair nearby, watching an elderly man approach the window.  The man welcomed the abyss.

The elderly man cast a glance across the room.  He paused along the breakfront.  His eyes rested on the faces that stared back at him.  Tears shined under blue light as they raced one another down porcelain cheeks.  Hands frozen in time.  Cries silenced by glass.

The elderly man shifted one step away from the window.  He looked from the dark landscape to the long, black bag that waited beside the table.  His brow furrowed.  His hands rubbed together like worn leather.  He nodded as if a conversation took place, and silence broke as a hard foot struck the wooden floor.  Then, another step until the bag was in his hands, and he slammed it down onto the table.  The candle blinked.

The sound of a zipper being pulled back shattered the room.  Blue lights shook along a plastic tree placed in the corner.  White foam fell like snow but refused to melt.  Porcelain smiles formed into hollow screams as the elderly man reached inside and welcomed the dead.  It was time to get to work, and the elderly man’s eyes shifted to an empty spot in the breakfront. 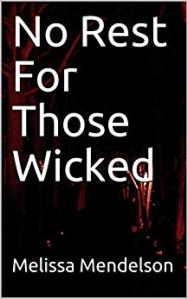 No Rest for Those Wicked

I’ve been trying to remember why I was sentenced down there. Why would I go to such an awful place, but every time I try to remember, I hear a baby cry. That’s my only answer, and that cry haunts me in my sleep. I want answers. I want to open that door and see what waits on the other side, but the demons are keeping that door locked. They don’t want me to know. Are they afraid that once I do know, I will be free?