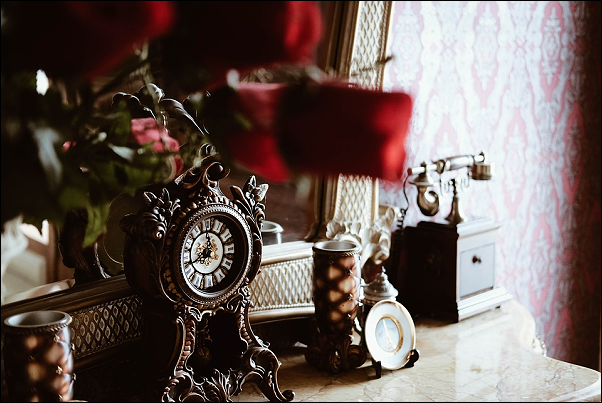 A slight movement attracted her full attention . . .
One of those furtive flits of the eye. A passing fancy
along the fringes between sight and imagination.

Surely that was the cause. Examining the mirror,
Norah turned away, intending to think no more about it.
Till she was captured by a glimpse that chilled her.

In the window of a store, admiring the latest fashions
on exhibit, modeled by thin to chubby mannequins
with a variety of skin tones, ages and features.

Rather than all pale and “perfectly” proportioned.
So a sidewalk audience could see themselves in the
clothing on display. She had a different perspective.

Convinced someone else peered out from the row of
plastic people striking poses. Slightly baffled regarding
what was false or real. A bit creeped out anyway . . .

At detailed replicas that were practically wax statues.
Believing a dummy shifted or blinked. Motion-sensitive,
Norah dismissed the frigid moment. Nobody was there.

The experience led to a persistent uncanny awareness
of being viewed. Eerily scrutinized by her reflection.
Nerves tingled. A casual pace increased down the lane.

And yet, glancing in a washroom mirror the same day,
Norah almost discerned another visage overlying hers —
or underscoring — and hastily spun to glimpse a spy.

The counterfeit face had vanished like a bogey or specter.
Was she being haunted? She grasped the explanation,
a lifeline, clinging to hope she was not hallucinating.

Nor losing her tentative grip. There was a fine line,
but this wasn’t that. She was being stalked or admired
from not so afar. A close-up in-your-face follower.

Norah was a fan of the Paranormal, and frequented
conventions crowded with eccentrics like her — special
gatherings to celebrate being stranger than each other.

It was the only place she fit in when it wasn’t Halloween.
Being spooked and tormented by a shade might have seemed
a dream come true. Some spirits went out of their way . . .

A ghoul at heart, Norah’s phantom appeared wherever
it pleased, upon any shiny surface, even a tablespoon.
Which she dropped in fright, spilling olives to the floor.

Green orbs rolled like glistening eyeballs with red pupils.
It was very disturbing. She had grown paranoid. “I refuse
to be daunted by a common wraith!” proclaimed the Goth.

She fled to her safe spot, a carnival club on the outskirts,
and stood before a Funhouse Mirror. “I’m on to you!”
A declaration. Norah decided to start watching back.

Derisive cackles emerged. The spirit had a Funny Bone
and figuratively clubbed her with it. Adding insult to
the injury — sure to leave a scar — he goaded her . . .

“Plain poor little Bunion, full of bunkum and blather.”
Patting a wounded mind, the pest ducked out of sight.
“Find me if you can!” Taunting words trailed to nil.

She accepted his challenge . . .

And trudged to the nearest Antique Shoppe, confronting
a gilded mirror. The Mantel Clock chimed. A round began.
Norah aimed her best withering glare at the Looking Glass.

A boxy gold telephone jangled. She lifted its receiver.
“You lose!” bleated the bother. Norah answered “I win.”
A polter-gaze burned through her mirrored aspect.

“You assume that I am found, yet I am not all there.
I am beyond your pale, behind the curtain, twice removed!”
Haughtiness fogged the glass with a cold nether brume.

No match for bowing or handshaking, gestures of respect.
The ghost harbored a preference to hurl and break things,
like a blizzard casting a showcase of history to ruin.

The woman’s strategy to return his preternatural notice
rested in shattered disaster at the toes of black boots.
Still complete, the mirror nonetheless suffered a crack.

From its depth reached an appendage that seized her
by the throat — to be yanked in protest to the other side.
Which was nothing like Wonderland. She looked out . . . 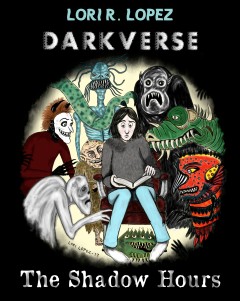 Nina D’Arcangela is a quirky horror writer who likes to spin soul rending snippets of despair. She reads anything from splatter matter to dark matter. She's an UrbEx adventurer who suffers from unquenchable wanderlust. She loves to photograph abandoned places, bits of decay and old graveyards. Nina is co-owner of Sirens Call Publications, co-founder of the horror writer's group 'Pen of the Damned', and if that isn't enough, put a check mark in the box next to owner and resident nut-job of Dark Angel Photography.
View all posts by Nina D'Arcangela →
This entry was posted in Authors, Dark Fiction, flash fiction, FREE, Horror, Ladies of Horror, Poetry, Writing Project and tagged author, fiction, flash fiction, Horror, Ladies of Horror, Lori R. Lopez, picture prompt, poem, poet, Writing Project. Bookmark the permalink.