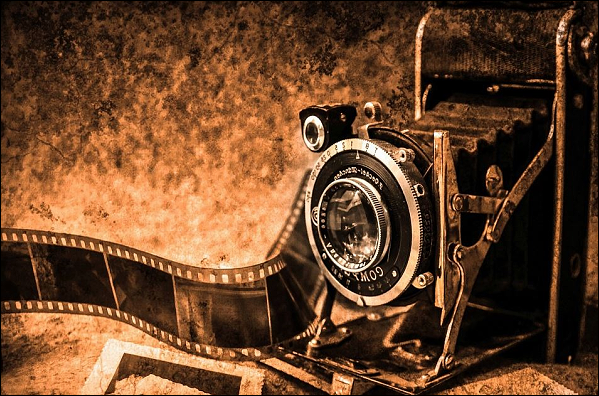 Finding the camera was the key.

They came across it inside a dysfunctional metal box, all aluminum angles and twisted array. Inside were two golden discs they discarded immediately. The shining platters were reminiscent of an imploding sun—something they were too familiar with. The camera was what they needed.

Scientists pulled it apart, exploring the primitive gears and pulleys that made it function. The long, celluloid strip provided them with all they needed to communicate. From it, they put together welcome ambassadors to make first contact.

Mary Ann was sitting in her recently deceased mother’s room feeling a mixture of guilt and relief. The cruel woman was gone—Mary Ann was now free of her damaging words forever. She was her own woman now, with a small inheritance to begin again.

On the side of the bed, a glowing orb winked into existence. Mary Ann watched as the sepia light stained the shadow, elongating into the smudged and distorted figure of a woman. It was her mother, waving one transparent hand in greeting. Her face broke into a shimmering grin.

Mary Ann would never be free. She screamed.

The initiative to contact the alien species was put down as a failure and discontinued. The humanoid species were deemed too temperamental. There was a 100% rejection to the projections of their own kind. The technicians tried several ways to make contact with no success. Whether the communication was visual, audible or simple environmental manipulation, the reaction was always fear. The species was put on the galactic do-not-call list.

All further attempts for further contact were postponed indefinitely. 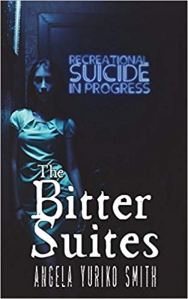 Nina D’Arcangela is a quirky horror writer who likes to spin soul rending snippets of despair. She reads anything from splatter matter to dark matter. She's an UrbEx adventurer who suffers from unquenchable wanderlust. She loves to photograph abandoned places, bits of decay and old grave yards. Nina is a co-owner of Sirens Call Publications, a co-founder of the horror writer's group 'Pen of the Damned', and if that isn't enough, put a check mark in the box next to owner and resident nut-job of Dark Angel Photography.
View all posts by Nina D'Arcangela →
This entry was posted in Authors, Dark Fiction, flash fiction, FREE, Horror, Ladies of Horror, Writing Project and tagged Angela Yuriko Smith, author, fiction, flash fiction, Horror, Ladies of Horror, picture prompt, Writing Project. Bookmark the permalink.