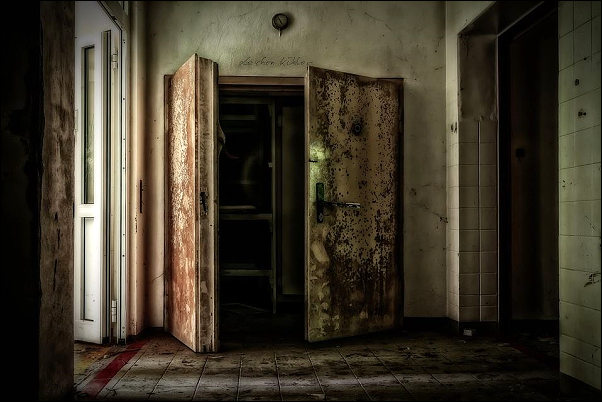 An empty husk lies frozen, nothing but a shell of its former self. Now the entity adopts a new visage, one devoid of watchful eyes and a beating heart. The hellacious vortex that once consumed this vessel has given birth to its eternal halcyon. As it observes its reflection, a distorted image manifests itself.

This is the downward spiral of humanity, the lost highway, the road to ruin. This house of flesh has turned to ice, and what is left enclosed has melted down, and the entity delights in the combustion of the cadaverous beings.

A giant scar has gone unnoticed by the sleepers of the world, and an organ steeped in red has gone awry. The blood has been replaced by a black sludge, and the grinding of jagged bones resound throughout as the smell of death permeates the stale air of its existence.

In the darkness it dwells, waiting to feast upon its own. The contagion runs rampant within this place, and should you find yourself face to face with the infectious being, may death consume you and reduce you to ash with haste, and may God have mercy on your fettered soul. 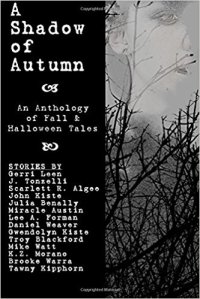 A Shadow of Autumn

Fall—a season as beautiful as it is foreboding. A Shadow of Autumn takes you back to childhood nostalgia while peeling away the mask to reveal things that haunt your worst nightmares. Within these pages, you’ll find the usual denizens of the holiday—demons, witches, ghosts, and bloodsuckers—along with strange and unknown creatures lurking everywhere from innocuous cornfields and pumpkin patches to basement hatches and high school dances. These fourteen tales of fall magic and Halloween horrors will keep you looking over your shoulder long after the last light of October has waned. Don’t say we didn’t warn you…

Nina D’Arcangela is a quirky horror writer who likes to spin soul rending snippets of despair. She reads anything from splatter matter to dark matter. She's an UrbEx adventurer who suffers from unquenchable wanderlust. She loves to photograph abandoned places, bits of decay and old grave yards. Nina is a co-owner of Sirens Call Publications, a co-founder of the horror writer's group 'Pen of the Damned', and if that isn't enough, put a check mark in the box next to owner and resident nut-job of Dark Angel Photography.
View all posts by Nina D'Arcangela →
This entry was posted in Authors, Dark Fiction, flash fiction, FREE, Horror, Ladies of Horror, Writing Project and tagged author, fiction, flash fiction, Horror, Ladies of Horror, picture prompt, Tawny Kipphorn, Writing Project. Bookmark the permalink.