In My Blood
by Melissa R. Mendelson

The stairs leading down to the basement creaked, but she already knew that I was coming for her.  The darkness did not bother her, but the gleam of the knife did.  How many have I killed?  Would she be the last, and the chains shackled around her wrists and ankles echoed against the concrete floor.  She was waiting for me, and she sat patiently, watching my every step, eyeing the knife readied in my hand.

“Are we still playing this game,” I asked, and she smiled through her tears.  “How many more do I have to kill?”

“I escaped you once.  Does that really bother me?”

“Many escape me,” she said.  “But they go on to live their lives.  They don’t sell their blood as poison to take the lives of others.”

“I’m doing you a favor,” I said.  “I’m delivering you those that deserve not to live.”

“You’ve put a few innocents on that list, so what’s one more?”  She slowly stood up and wiped her tears away.  She was only five-years-old, but she was ready to die.  “This one could have a long life, if allowed to live.”

“No, you choose to do this, and I would have left you alone, if you stopped taking lives before their time.  Men do bad things.  Men will always do bad things, but you cannot decide their fate.”

“Then, maybe when I came back, you should not have given me such a gift in my blood,” I said.

“That was a mistake.”

“We play this game.”

I knew that I was far from done, but for me to continue, I would have to play this game.  I would have to end her life.  I read about this child and how it was a miracle that she survived what she did, and I did not want to be the one to end her life.  But this world had too many villains, and only I could stop them.  But I wouldn’t toss her body aside like all the others.  I would bury her as softly as the knife that I now pushed into her body. 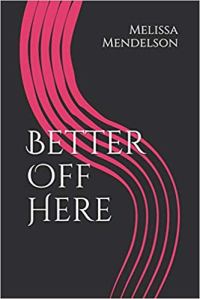 We always look to the greener pastures, thinking our lives would be so much better over there, but if we were over there, what if all we wanted was to go back? Instead, we found ourselves trapped with the darker side to our fears.