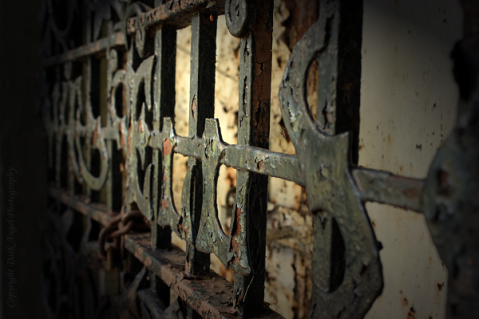 Lewis narrowed his eyes in frustration. It was late, and he’d been driving all day, and—now that he had reached his destination, and all he wanted to do was sleep—there was a locked gate in front of him.

“Great,” he growled under his breath. He rattled the heavy iron bars, topped with intricate scrollwork that had seen better days. The chains woven through them were rusty, but held fast.

He felt like screaming. It’d been weird enough getting the letter from the law office requiring his presence in this nowhere town tomorrow for the reading of a will from some relative he’d never even heard of—but now the promised rest at the end of the road was locked away out of reach. Only the fact that he needed to lay low for a couple of weeks had convinced him to come. Things were a little hot at home right now.

Maybe he had some bolt-cutters in the trunk. They came in handy sometimes in his line of work…

Standing at the rear of the car, with the headlights illuminating the gate from a bit further off, he noticed that the scrollwork almost looked like words. Probably the name of the estate or something. People used to do stupid things like name their houses.

He squinted. Some of the letters looked broken. He couldn’t make out what it was supposed to say.

Shrugging, he found the bolt-cutters and snapped off the chain. Tossing it out of the way, he opened the gate and got back behind the wheel.

His brain continued to worry the problem of the broken letters as he drove slowly through the gate. As he cleared the opening, the gate slammed shut behind him, the chain winding itself into place.

As the very air around him burst into flames, he puzzled out the scrollwork at last—HELL’S GATE. He guessed he really shouldn’t be surprised. 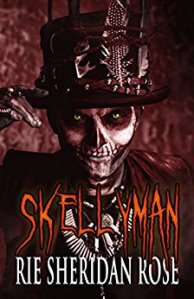