Most towns have ghost stories.  There are those purely fiction, and there are others only spoken in whispers.  The town, Hallow was no different, but it only had one ghost story.  That story was for young girls, who were about to turn ten-years-old.  On the day before their birthday, if they had some kind of fall, even a trip over their shoelaces, then they were marked by something, something worse than a ghost, and they were not supposed to go to sleep that night.  They had to stay awake until the next day because if they went to sleep, then they would disappear.  Unfortunately for me, my mother did not believe in ghost stories.

I had tripped over my laces the day before my tenth birthday.  I thought nothing of it, but I was the new kid in town.  When the other girls in my school heard me talking about tripping over my laces, they freaked out.  I thought they were pulling a prank on me until one girl showed me a picture of her best friend.  Her friend had falling off her bicycle the day before her tenth birthday, and the next morning, she was gone.  She was never found, but my mother did not believe me.

The night before my birthday was on a school night.  Bedtime was usually at ten, but tonight, my mother allowed me to stay awake until eleven.  Then, I had to change into pajamas, brush my teeth and get into bed.  I crawled into my bed, but I stayed awake.  I guess that’s when my mother realized that I really did believe the ghost story, so shortly before one in the morning, she came into my room to sit with me.  And she handed me a glass of warm milk.

I only closed my eyes for a moment.  I felt really tired like sleep had just taking hold of me, but then I jolted awake.  I couldn’t feel my bed.  I couldn’t touch the ground.  My head felt funny like something was protruding out of it, and something was, connecting me to the wooden rafters above me.  Then, I realized that I wasn’t alone.  I spun around to see other young girls behind me, but they weren’t girls.  They were dolls, and I was one of them.  Then, I was pulled forward, coming face to face with another doll.  But she wasn’t a doll.  Her face was stained with blood, and she flashed a smile made up of razor sharp teeth.  And she said, “How, sweet.  Another birthday treat.” 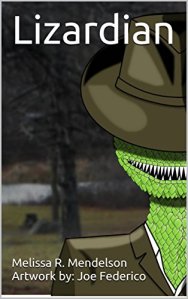 The ghosts of the past will slither and crawl their way into the present, unleash a quiet rage upon a small town and take up residence in the darkest places that you dare not look, but one will find that deep below the surface lies a monster, who will tear its way through those standing in its path. All the bodies to fall is because she lied.