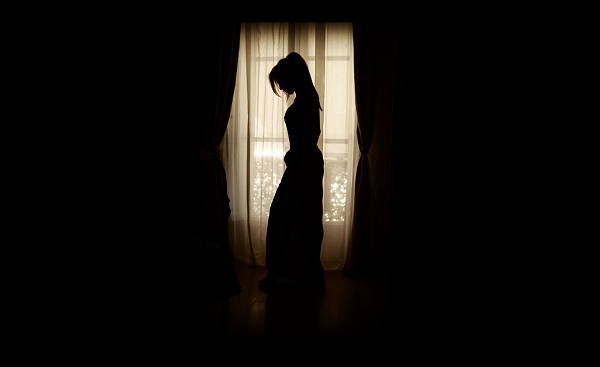 Ben was too exhausted to move the covers, even though he was roasting alive. The light that came from the window seared through his closed eyelids, save for the dark shape that darted back and forth when it thought he wasn’t looking. His throat was raw, his whole being ached, and he felt like he hadn’t been part of the physical world for some time, even though the aches and general feeling of blech was enough to tell him otherwise.

The tour group had left him to keep to their itinerary (the traitors), the doctor (who even made house calls anymore?) was taking a million years, and he had never been the most patient soul.

He should have stayed home. At least then Martha would be there to tend to him, even though the whole point of the trip was to have a little time away. It was times like this that made him hate being alone, despite the front desk being at the other end of the phone, the whole world being available at the touch of a hundred apps on his cell. He needed someone there. It was almost a paranoia. The room felt to small, too large, too empty, too bright at the window.

The hallucination had decided to stop darting and instead glided past the picture window. It reminded him of an old-fashioned maid, maybe from Victorian times, or whenever the inn was founded. He really hadn’t paid that much attention.

He shuddered under the covers, though his skin was clammy with sweat, his muscles steaming. Just a hallucination. Fever dream.

The barest of touches flit over his brow, so light and cool he barely felt it. “Shhhh.”

It was probably the pipes, or someone in the hall. And yet, he responded, relaxing under the imagined touch. It was like the first bite of a favorite candy – he craved more, needed to know that wasn’t the last he’d ever get of it.

The contact returned, gentle, but a little firmer this time. The coolness was wonderful on his brow. It seemed to dial down the heat throughout his body. Maybe the doc made it up. Or one of the maids. “Who-”he croaked, but couldn’t finish before a cough racked his lungs in a painful dance.

“Shhhh,” the voice urged again. His eyes were so heavy as fingertips stroked his damp hair away. As much as he enjoyed the dance, the hand never seemed to stray to his glands or even make sure his eyes were focused. The touches that at first felt sweet and giving now had more pressure, more intent, the fingers not as smooth but rough and almost brittle.

He tried to sit up, but couldn’t move against the hand on his forehead. His body was so heavy, and it was so much better to just lay there in the dark and wait for…what?

“SHHHHH…” The urge had become a rasping hiss. It startled him into opening his eyes.

He couldn’t scream. He wanted to cough but the mucus was stuck in his throat, rattling in his lungs, choking him. The darting shape, the hallucination, the thing was in front of him: a dark silhouette with no details, no hints of origin, save a feminine silhouette.

He could feel its hunger, though, even as it pressed harder and more of his life drained away through the fingers on his forehead, making it thicker, more substantial.

“Please,” he wheezed, and his chest hurt more than he realized it ever could. “Pleash…”Peashhh…shhhhhh….” He managed a few weak coughs, but they were hidden under the phantom’s soft, almost mocking noises that only sounded soothing if you didn’t know what they meant.

By time the doctor came and commiserated with the desk clerk that more people seemed to get sick in the room, Ben was cold and dead and the phantom was blended back into the shadows, waiting for its next patient.

Nina D’Arcangela is a quirky horror writer who likes to spin soul rending snippets of despair. She reads anything from splatter matter to dark matter. She's an UrbEx adventurer who suffers from unquenchable wanderlust. She loves to photograph abandoned places, bits of decay and old grave yards. Nina is a co-owner of Sirens Call Publications, a co-founder of the horror writer's group 'Pen of the Damned', founder and administrator of the Ladies of Horror Picture-prompt Monthly Writing Challenge, and if that isn't enough, put a check mark in the box next to owner and resident nut-job of Dark Angel Photography.
View all posts by Nina D'Arcangela →
This entry was posted in Authors, Dark Fiction, flash fiction, FREE, Horror, Ladies of Horror, Writing Project and tagged author, fiction, flash fiction, Horror, Ladies of Horror, picture prompt, Selah Janel, Writing Project. Bookmark the permalink.