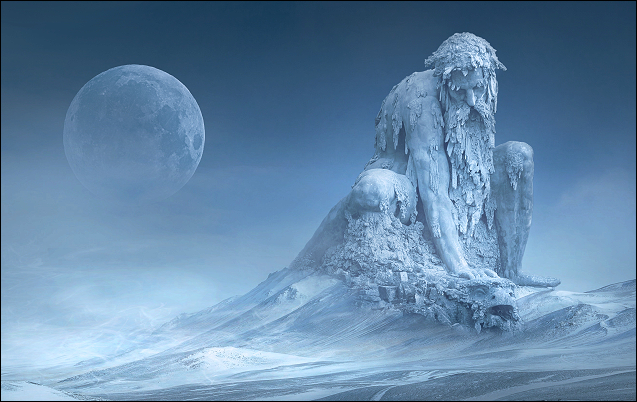 The Exile
by Marge Simon

Earth hangs on the horizon, round and blue. Once, he was a god. Now he is an ice sculpture on a flat forever plain, alone in the terrible cold of the sidereal night, his beard a waterfall of frozen tears.

If forgiven, he would know a sluggish awakening after a millennium. His children’s heels

would drum the earth, rousing him from dreams of thunder and flame calling him home. He would remember that insatiable hunger known only to certain gods. His mouth would salivate, recalling the feel of soft young skin, so like the surface of grapes when peeled for the fruit within. Yet best of all the delicious moment when, between his jaws, the bones of his children would release their marrow.

Satan’s Sweethearts – a collection of poems by Marge Simon and Mary Turzillo featuring the most monstrous, evil women throughout history!