Convinced she was destined to be an artist, Suzie Lockhart attended The Art Institute of Pittsburgh after graduating high school, but the gnawing urge to write always remained with her. She originally wanted to write romance novels, but after discovering the innate ability for macabre storytelling, Suzie embraced her inner-creepiness. When her son Bruce realized he had the same passion for writing chilling tales, they teamed up. Three years of working together have produced over thirty short stories, in a dozen paperback publications and a variety of eZines.

After building a solid reputation, they were asked by a small U.K. publisher to edit an anthology. ‘Nightmare Stalkers & Dream Walkers’ took second place in the 2013 Predators & Editors Readers Poll. Four more anthologies yielded another award for ‘Fractured Realms’, a charity anthology benefitting the Autism Trust. The duo was also featured in an article by Kurt Shaw in the Sunday Tribune Review for their work with The Art Institute of Pittsburgh’s Alumni Show last year.

Presently, ‘Team Lockhart’ is focusing their energies writing their YA novel.

Suzie can be reached at: suzienbruce2@gmail.com

You can find Suzie and her work in the following places:

Mental Ward: Stories from the Asylum 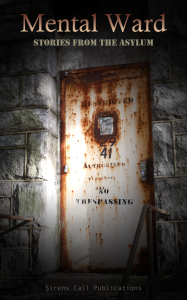 Sanatorium, mental ward, psychiatric hospital – they’re all the same. Places where the infirm, the crazy, and the certifiable go for treatment… Or what passes for ‘treatment’.

This is a collection of stories of bedlam taking place within the padded walls of an institution. Stories of experiments gone wrong, patients revolting against the staff, or even the deranged doings of those charged with giving care. They are sick, depraved, and atrocious – the type of stories that rarely reach the light of day.

Are you brave enough to crawl inside the minds of the thirteen authors who wrote these tales… Or are you afraid you’ll be locked up for peeking? 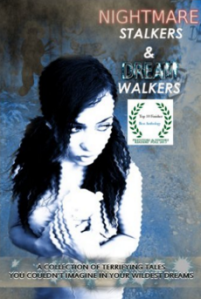 Welcome to the dreaded night realm…

lingering just beneath your eyelids, where the hellish things borne of fear eagerly await your arrival.
Prepare to be whiplashed to the darkest regions of 32 wicked minds, and forced to stare into their collective abyss. This world is chock-full of the stuff dreams are made of, but more than likely, if you find yourself in the minds of one of these authors, you’ll awaken to a nightmare.
This fear you’re experiencing is like a virus, it will spread to every inch of your body, sending not only a chill down your spine but reaching into the very depths of your soul…
You’ll journey to the darkest corners of these author’s minds, as you confront the living, breathing entity that is fear. 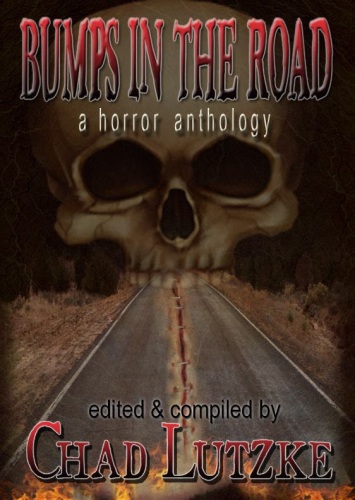 Nina D’Arcangela is a quirky horror writer who likes to spin soul rending snippets of despair. She reads anything from splatter matter to dark matter. She's an UrbEx adventurer who suffers from unquenchable wanderlust. She loves to photograph abandoned places, bits of decay and old grave yards. Nina is a co-owner of Sirens Call Publications, a co-founder of the horror writer's group 'Pen of the Damned', and if that isn't enough, put a check mark in the box next to owner and resident nut-job of Dark Angel Photography.
View all posts by Nina D'Arcangela →
This entry was posted in Authors, Horror, Women in Horror Month and tagged author, Horror, Suzie Lockhart, Wihm7, Women in Horror Month. Bookmark the permalink.