Lori Safranek’s Freaked Out series takes a creepy look at life in the circus sideshow. Marie, the tale of the Fat Lady in the sideshow, was the first book in the series, followed up with Mesmer, a hypnotist gone bad. Lily Dean explores the life of a snake charmer with special skills. Smudge is about a tattooed man whose tattoos have a mind of their own! Two more twisted tales of freaks on the sideshow coming soon.

Lori spent several years as a newspaper reporter in Nebraska before deciding to try her hand at fiction writing. In addition to her Freaked Out series, she contributed to the Fifty Shades of Decay: Zombie Erotica anthology from Angelic Knight Press; Dead Harvest anthology from Scarlett Galleon Press; Cellar Door II from James Ward Kirk Press; Slaughter House: Serial Killer Edition– Volume I from Sirens Call Publication; and won a competition to have her story “The Last Chapter” published in Tim Baker’s novel Unfinished Business.

Lori lives in Omaha, Nebraska, with her husband and two dogs. She’s an avid fan of anything zombie and a little disappointed that she lives in the middle of the country, because it’ll be the last place the zombies will reach. Or will it?

You can find Lori and her work in the following places:

Bigger than life, 480-pound Marie becomes a star of Steiner’s Sideshow. As the Fat Lady, Marie’s voluptuous curves and beautiful personality draws in record crowds. Some are there to gawk, but Marie has a loyal following of men who are dazzled by her sexy manner and immense confidence.

Dizzy spells begin to plague Marie, but she’s sure it’s just a temporary malady. Once she starts losing weight, the health problems have Marie in a tizzy. She loves every ounce of her fabulous body and when it seems she is sweating the pounds off, she wants answers.

No one can figure out what is wrong, until one day when the Fat Lady wakes up to find that a slim new figure can be a nightmare. Marie’s creamy, lovely skin is hanging off her bones and she is in intense pain. What is happening to the Fat Lady of Steiner’s Sideshow and will she ever be her old zaftig self again? 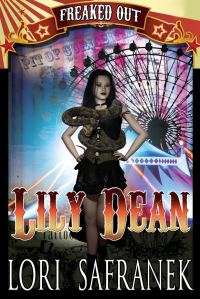 Steiner’s Sideshow is short on performers until a little whirlwind named Lily Dean sweeps through and proves a snake charmer can make it in the freak show! Lily and her snakes put on a great show and she has special powers that began when she was a child. Marie the Fat Lady and Jason the Alligator Man are back, and they take Lily under their wings. Lily was raised in a snake-handling church and those roots just won’t let go. Soon, Lily and her snakes are in danger. With Marie and Jason, along with a handsome tattooed man, Lily fights those who want to damage her and her serpents. 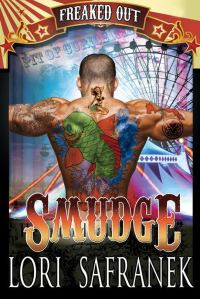 Smudge is proud of the fifty or more tattoos scattered over his body but he’s mystified when they start randomly relocating themselves one day. They simply fade away, then magically reappear a few day later, in another location. He is soon a sensation on the tattoo convention circuit and online When Steiner, owner of the nation’s biggest circus sideshow finds him, Smudge finds himself a star in the Freak Show! Fans flock to see the Slideshow of the Sideshow and Smudge has found a home. Then one day, a tattoo appears and he has never seen it before. He checks his photo records of every tattoo he’s ever had done, and it’s not there. It has come from nowhere. And more than that, it hurts like hell. In just days, the pain is unbearable and Smudge flees the sideshow and his beloved Lily Dean to seek relief from the excruciating pain. Will the Slideshow ever return to the sideshow?

Nina D’Arcangela is a quirky horror writer who likes to spin soul rending snippets of despair. She reads anything from splatter matter to dark matter. She's an UrbEx adventurer who suffers from unquenchable wanderlust. She loves to photograph abandoned places, bits of decay and old grave yards. Nina is a co-owner of Sirens Call Publications, a co-founder of the horror writer's group 'Pen of the Damned', and if that isn't enough, put a check mark in the box next to owner and resident nut-job of Dark Angel Photography.
View all posts by Nina D'Arcangela →
This entry was posted in Authors, Horror, Women in Horror Month and tagged author, Horror, Lori Safranek, Wihm7, Women in Horror Month. Bookmark the permalink.