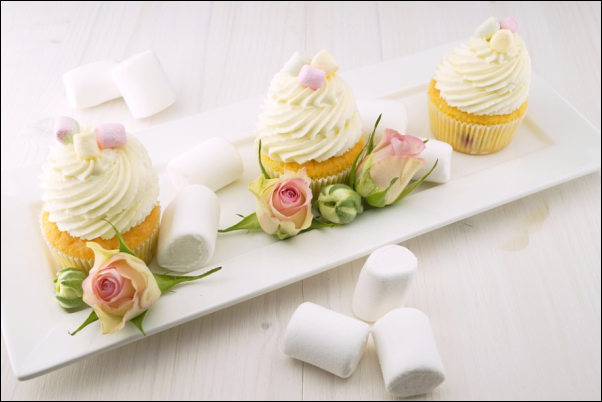 Madame Gaspard leaned against the long table and dabbed her forehead with the hem of her apron. Small cakes, glazed with a mixture of sugar, milk, egg, and rosewater covered the nut-brown surface. The task was finished at last. Madame Gaspard fidgeted with the locket about her neck and turned her eyes toward the street.

Not so long ago, Kings and Queens had frequented the avenue outside her patisserie, and others of noble birth had passed the windows. They had sampled her wares with gusto until one day, they had all disappeared.

Not that she cared. Madame Gaspard had been born with a strange insight, an ability to see monsters others could not. She had begun to see them in the faces of the aristocracy, their secret visages hidden behind human masks. They could not hide their hideous forms from her.

The agony of loss pierced her heart. She should have grown immune to the feeling by now, but it seemed as razor-sharp as the day it had begun. The world in which she’d lived before had been hard, but at least her husband and her son had been in it.

A great cry rose outside her patisserie, the roar of a thousand voices. Smiling, eager faces passed by the glass windows. Soon, those faces would enter her shop and feast upon her wares. A sense of excitement filled the air.

A crowd had gathered in the nearby square and spilled out on either side of the avenue. They awaited the arrival of Monsieur Danton. Madame Gaspard stood on her toes, searching for the great man, and remembering his kindness.

Her mind returned to that fateful day, thirteen years past, when the life of a boy was only worth a handful of coin thrown from a fast-moving carriage. He had been her boy, and a lock of his hair now resided in the locket. A monster had been the occupant and the instrument of his destruction.

Monsieur Danton had come to her after her husband had crept into the chateau and killed the perpetrator of the crime. He had comforted her a year later, when her husband was caught and hanged. Hate had begotten hate. Blood had begotten blood. Justice had been done for her son.

Her reverie ended as the procession advanced down the street. Monsieur Danton had finally arrived. The crowd cheered.

Madame Gaspard wanted to wave to him as he passed. Wanted to call out her appreciation, but knew she could not.

He walked up the steps to the platform, but his gaze did not find her in the crowd. They roared as the executioner pushed Monsieur Danton to his knees.

Once, long ago, Monsieur Danton had brought freedom to France. He had lifted the yoke from their necks and liberated them from the monsters. They’d all had a common enemy then. Madame Gaspard saw no cruelty in his face.

Her gaze encompassed the crowd and she shivered, fighting against the shriek which threatened to burst from her. Monstrous faces and forms abounded. How they had transferred from the enemy to those who had destroyed them, she did not know.

She did not watch the gleaming blade sever the fragile thread of life from Danton, but she did look up when they displayed his head to the crowd. She had no choice. She’d heard his silent scream. 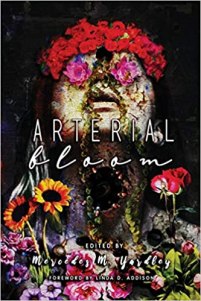 Crystal Lake Publishing proudly presents Arterial Bloom, an artful juxtaposition of the magnificence and macabre that exist within mankind. Each tale in this collection is resplendent with beauty, teeth, and heart.

Edited by the Bram Stoker Award-winning writer Mercedes M. Yardley, Arterial Bloom is a literary experience featuring sixteen stories from some of the most compelling dark authors writing today.

With a foreword by HWA Lifetime Achievement Award Recipient Linda D. Addison, you are invited to step inside and let the grim flowers wind themselves comfortably around your bones.