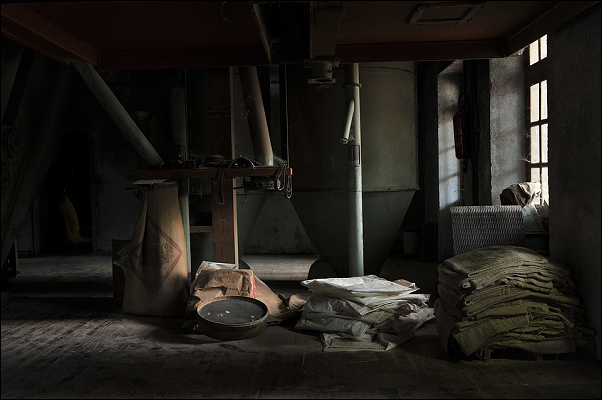 The Lethal Line Between Art and Death
by Alyson Faye

Lucas had been hiding out in the former mill’s attic for two weeks – from the police, of course, but also from his ex-wife, his old life and from Julian, a man of few words, no argument paybacks and hired muscle a-plenty.

Lucas’ former hobby of parkouring across Saltaire’s rooftops had come in handy when his life imploded and hit the headlines.  On that final hellish night when his life went into free-fall, he’d remembered the broken skylight on the roof of Hirst Mill. Dressed like the ‘Milk Tray’ man from the TV adverts Lucas had scaled the fire escape, then free climbed the jagged brickwork to the rooftop.

Up here he could gaze down upon all of Saltaire – its dolls house-sized homes, lit up with fairy lights, and handkerchief gardens. Here, up on the roof, plants sprouted from the concrete in febrile green patches and drowsy birds nested in the chimney stacks.

Lucas dropped down through the skylight into the attic. Inside he found piles of abandoned coffee sacks and blankets. He collapsed in a corner, nesting like a squirrel, exhausted, he toppled over into sleep.

He established a routine – nights he ventured out, to buy food, water and the vital newspapers, whilst daytimes he slept, read the books he’d brought and exercised – push-ups, jogging on the spot, pull-ups on the beam. He had to keep fit, he never knew when he’d have to literally run for his life.

Two weeks and a day into his self-enforced exile, Lucas heard noises below him – clattering footsteps and several voices.

‘You just wait till you see the space up here, it’s very Vermeer-like and the light is amazing,’ a young woman’s voice, shrill and gushing.

Lucas scooted to the farthest corner, pulled blankets and sacks over him and waited. The hatch in the wooden floorboards opened, with much wheezing and he heard three people climb up.

‘Have you seen this view?’ An older man, posh voice.

The young woman laughed nervously. ‘The Mill hasn’t opened up these attics in years. But now with lockdown relaxing it’s a good time. Lots of space up here for social distancing.’

Lucas had cramp and his nose itched, he muffled a cough.

‘Are there mice up here?’ Posh man asked.

‘We’ll have to get an exterminator in,’ the young woman said. ‘Health and safety is paramount.’

The trio clattered down the ladder. ‘Hell on my heels,’ the older woman objected. Then Lucas was alone again.

How long did he have before they were back and opened up the attics? He needed a plan, but he had none except hiding and staying alive.

Defrauding the IRS was one thing, ripping off Julian the Juicer, that had been a major fuck up on his part. Part of him didn’t want to leave his rooftop eyrie, he was king of the world up here, it gave him the illusion of safety.

Still – he packed up his gear, debated whether to leave or take, Orwell’s ‘1984’, Kerouac’s ‘On the Road’ and Maigret. Finally he left them in a pile by the window. Perhaps they could be part of the installation?

Lucas waited till dark, then climbed out of the window. He had a moment of unalloyed ease but then they came at him from both sides of the roof, two men, balaclavaed and in black, like him, knives glittering in the moonlight. They dragged him towards the bulky shadow of another man, whose smell of clean linen and peppermint Lucas recognised instantly.

‘Evening, my dear fellow, how kind of you to make yourself available to see me.’ Julian smiled down.  Lucas’ saliva had dried. He said nothing. ‘Break his fingers, then his knees, then his ribs, in that order.’ The men set to work, robotic and efficient.

In his dying breaths Lucas prayed to be back in the warm womb of the attic – in his last conscious moments he knew he’d got his wish, for the hired muscle dragged his broken weeping body back inside and laid him out on the floorboards. His blood made snail patterns on the wood.

‘Make it look artistic, lads,’ Julian instructed, ‘There’s going to be some arty-farty show up here soon. Lucas, here, can be the main attraction.’ 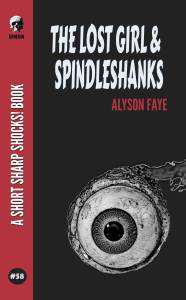