Monsters can Paint too
by Melissa R. Mendelson

Frank looked at his friend.  He shined the flashlight into his face.  “It’s safe,” he said, touching a wall nearby.  The wall was sticky, and he wiped his hand along his pants.

“How deep do you think it goes?”  His friend was right behind him.  “What’s that smell?”

“If you want to wait outside, I won’t be gone too long.”

“Why are the walls sticky?”  Frank rolled his eyes at his friend’s comment.  “Don’t you smell that odor?”

“Yeah,” Frank said as he made his way further into the cave.  “I recognize it, but…”

“But I hope a bear does not live in here.  You still have your knife?”

“Meaning, Frank that if the bear is hungry, it’ll be eating you first.  I’ll have time to run.”

Suddenly, Frank lost his footing.  He slid down fast.  His friend caught the back of his jacket, but that just pulled him along.  They tumbled, and they fell down into darkness.

“Shit!”  Something dropped onto Frank’s shoe.  “You okay?”

His friend had luckily not landed on him.  “Yeah.  I’m okay.”  His friend stumbled to his feet.  Something fell on his hand.  “Ewwww.  What is this stuff”?

“The gear intact?  We’re going to need it to get out of here.”  Frank checked the flashlight.  Luckily, it didn’t break in the fall.

“Shit.  It’s raining down on us.  Look.”  Frank’s friend pointed toward the top of the cave.  “What the hell did that?”

Before Frank could respond, something scooped his friend up into the air.  Frank shined the light on a huge, grotesque, hairy foot.  The hand was no different.  The face was monstrous, and it pulled Frank’s friend closer to its mouth.  He thought that his friend was going to be eaten, but the monster just breathed on him.  His friend turned yellow.  His eyes rolled up into his head.  The monster ripped off his pants and then squeezed him like you would a toothpaste container.  Brown liquid poured into the monster’s hand.  He dropped Frank’s friend to the ground, and that’s when Frank noticed the bodies nearby.  They were all crushed and pantless.

Frank pulled out the knife from his friend’s boot.  Maybe, he could stab it in the throat when it was his turn, but he realized that the monster was not paying attention to him.  Instead, he was standing by a wall, painting, smearing shit in an artistic design.  The monster stepped back, admiring its creation.

The monster looked toward Frank.  “See?  Monsters can paint too.”  The monster resumed looking at the wall.  “But I just need some more.”  He grabbed Frank, and the knife broke against the skin of his hand.  He pulled Frank close to his lips.  He blew on him like you would a birthday candle. 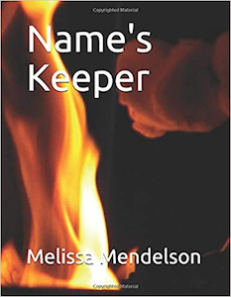 I got a one-way ticket out of hell. All I need to do is drive across country with a body in the trunk and run miscellaneous errands, but a lot of those errands come with a heavy price. And if I lose the body in the trunk, then I have to go back, and I’ll be damned if I return down there. I will fight to stay here, even if there is no rest for those wicked.