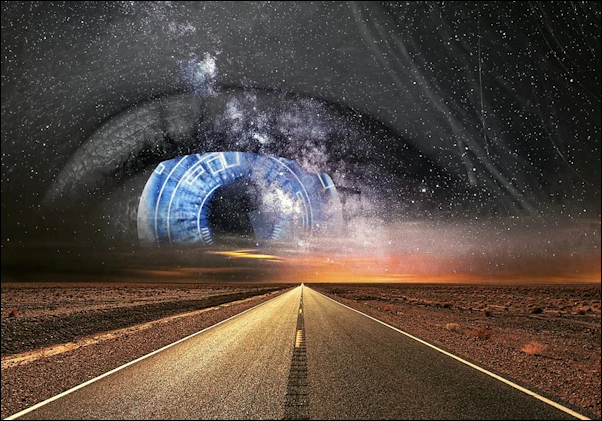 John awoke on the battlefield in a daze, the right side of his body and face took the brunt of the explosion. He struggled to sit up as his right arm had been severely injured. He looked down at his hand and it was covered in sand and blood. The camo on his arm was dried and suctioned onto his skin. He flexed his fingers and made a fist, over and over he did this and his arm seemed to be functioning. He looked across the barren battlefield, dust swirled in playful funnel clouds as it made intricate patterns on the desert floor. His depth perception had been compromised and he knew that his right eye had been damaged in the latest incursion.

He stood and shook the sand off of himself. His legs seemed to be unharmed in the fierce fighting. He began the search for the rest of his men. Where had they gone? There were no corpses, no signs of life as he scanned the never ending red carpet of the desert. He thought to himself, “Those bastards have taken the dead. God only knows what they are doing with them.” Trying to search his memory of where his men may be he realized that the head injury impaired his ability to remember.

Walking along the barren highway he could see in the distance a bombed out restaurant. He began to jog towards the shelter. Aiming his rifle into the building he inspected the interior. He needed shelter and needed to attend to his wounds. He slowly crept into the building. Finding the bathroom he looked into the mirror. He stepped back, aghast, as he did not recognize the reflection. He shook his head, he ripped off his shirt and his arm came off with it. There was no pain only a leaking of red fluid from the jagged stump, the smell of hydraulic fluid permeated the air. He pulled at the corner of his right eye and the skin on his face peeled off revealing a metal skeleton. Not believing what he was seeing he slumped to the floor.

Nina D’Arcangela is a quirky horror writer who likes to spin soul rending snippets of despair. She reads anything from splatter matter to dark matter. She's an UrbEx adventurer who suffers from unquenchable wanderlust. She loves to photograph abandoned places, bits of decay and old grave yards. Nina is a co-owner of Sirens Call Publications, a co-founder of the horror writer's group 'Pen of the Damned', founder and administrator of the Ladies of Horror Picture-prompt Monthly Writing Challenge, and if that isn't enough, put a check mark in the box next to owner and resident nut-job of Dark Angel Photography.
View all posts by Nina D'Arcangela →
This entry was posted in Authors, Dark Fiction, flash fiction, FREE, Horror, Ladies of Horror, Writing Project and tagged author, fiction, flash fiction, Horror, Kathleen McCluskey, Ladies of Horror, picture prompt, Writing Project. Bookmark the permalink.