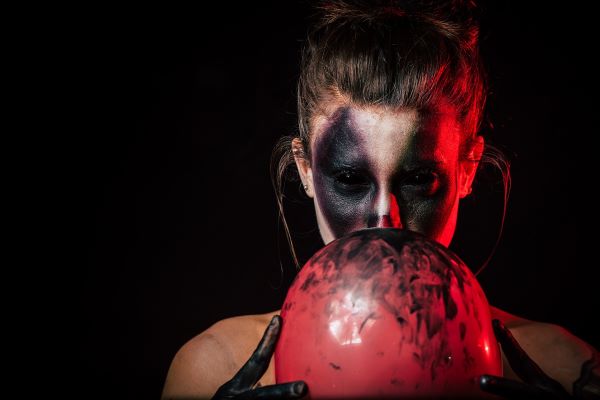 That is how we routinely begin.

Truly, we begin with make-up and costumes, our “armor,” but that is done before, before we get to the alley.

The lights are low.

The atmosphere has hints of soft pretzels, of beer, but mostly of carpeting that sports a variety of fluid-born stains.

We bring our own pins. They are sharp as fangs.

We ignore the whimpers; the fear they feel is fair.

After what we have been through, it is more than fair.

It is nothing personal, but what they represent.

We usually spike their drinks—a way of using their own weapon against them.

They never suspect a thing. The way we quiet beforehand should serve as a clue.

The jungle always becomes silent before an attack.

Seeing the shadowy figures, by the pins, conjures the voices that brought them here.

Lane 1 had said, “You’d be so much prettier if you smiled.”

Lane 3 had mansplained the public transit system we had taken every day for years.

Lane 4 questioned if the lack of “keeping sweet” vibes were due to monthly menses.

Lane 5 had fatally asked, “What were you wearing?” after an assault.

They are tied, spread eagled and facing us.

We take turns; we take our time.

Until we run out of men.

Until we run out of the need. 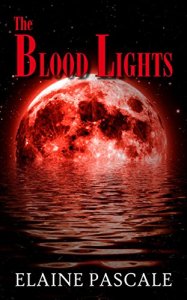 Nina D’Arcangela is a quirky horror writer who likes to spin soul rending snippets of despair. She reads anything from splatter matter to dark matter. She's an UrbEx adventurer who suffers from unquenchable wanderlust. She loves to photograph abandoned places, bits of decay and old grave yards. Nina is a co-owner of Sirens Call Publications, a co-founder of the horror writer's group 'Pen of the Damned', founder and administrator of the Ladies of Horror Picture-prompt Monthly Writing Challenge, and if that isn't enough, put a check mark in the box next to owner and resident nut-job of Dark Angel Photography.
View all posts by Nina D'Arcangela →
This entry was posted in Authors, Dark Fiction, flash fiction, FREE, Horror, Ladies of Horror, Women in Horror Month and tagged author, Elaine Pascale, fiction, flash fiction, Horror, Ladies of Horror, picture prompt, WiHM, Women in Horror, Women in Horror Month, Writing Project. Bookmark the permalink.