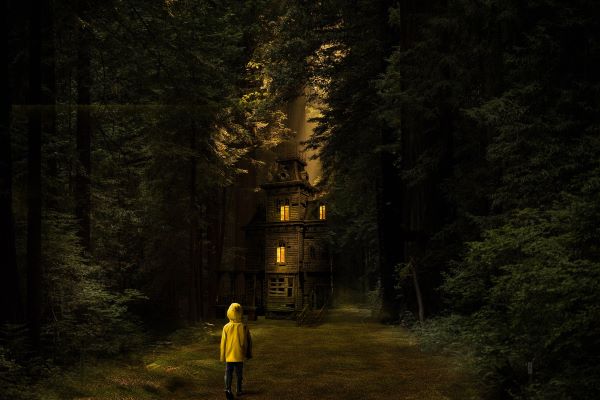 Come My Young One
by Asena Lourenco

His feet were planted into the floor, shiny black boots as still as stone. I couldn’t see his face, but I could picture his terrified features in my mind as if they were a vivid memory. The yellow pullover jacket hugged his cold clammy skin tightly as if it could sense his unease. His hood curled over his matted head of hair, shielding him from the unknown. His figure was unnervingly still. My eyes hurried to find the problem as panic overwhelmed me. I felt my feet carrying me forward before I even knew I was moving. But suddenly, I wasn’t.

My mind was functioning a million times the speed that it was supposed to be as I struggled to get to him. I ripped my eyes away from my feet as I glared into the night, desperate to find answers. Behind the trees, a sudden brick house appeared, with jaundiced light shining through the thin glass windows. I gazed in shock. Had it been there before? At that moment, I thought I was going mad before I realised that he wasn’t there anymore. I screamed his name, possibly a million times, before meeting his eyes at the highest window of the house. His usually warm chocolate eyes were now a deep black as he read my expression. I whispered his name once more, somehow hoping he would hear, before a tall lean woman appeared behind him with piercing eyes. And they too, were black.

Nina D’Arcangela is a quirky horror writer who likes to spin soul rending snippets of despair. She reads anything from splatter matter to dark matter. She's an UrbEx adventurer who suffers from unquenchable wanderlust. She loves to photograph abandoned places, bits of decay and old grave yards. Nina is a co-owner of Sirens Call Publications, a co-founder of the horror writer's group 'Pen of the Damned', founder and administrator of the Ladies of Horror Picture-prompt Monthly Writing Challenge, and if that isn't enough, put a check mark in the box next to owner and resident nut-job of Dark Angel Photography.
View all posts by Nina D'Arcangela →
This entry was posted in Authors, Dark Fiction, flash fiction, FREE, Horror, Ladies of Horror, Writing Project and tagged Asena Lourenco, author, fiction, flash fiction, Horror, Ladies of Horror, picture prompt, Writing Project. Bookmark the permalink.