Vanishing craters in the white,

Melting into each other during the night,

The temporary path leading you to life,

Which can tell you so much but not in time,

A mysterious tale hiding in the still,

Swallowing the evidence before the chill,

The angelic white masked the past,

Just waiting for the storm to pass,

But once a year, they return into sight,

Naked, bare, in the bright lights,

They sit there on the ice, memories from before,

Unknown by others, that their past is no longer no more. 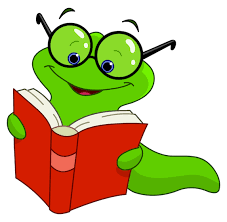 Nina D’Arcangela is a quirky horror writer who likes to spin soul rending snippets of despair. She reads anything from splatter matter to dark matter. She's an UrbEx adventurer who suffers from unquenchable wanderlust. She loves to photograph abandoned places, bits of decay and old grave yards. Nina is a co-owner of Sirens Call Publications, a co-founder of the horror writer's group 'Pen of the Damned', and if that isn't enough, put a check mark in the box next to owner and resident nut-job of Dark Angel Photography.
View all posts by Nina D'Arcangela →
This entry was posted in Authors, Dark Fiction, flash fiction, FREE, Horror, Ladies of Horror, Writing Project and tagged Asena Lourenco, author, fiction, flash fiction, Horror, Ladies of Horror, picture prompt, Writing Project. Bookmark the permalink.