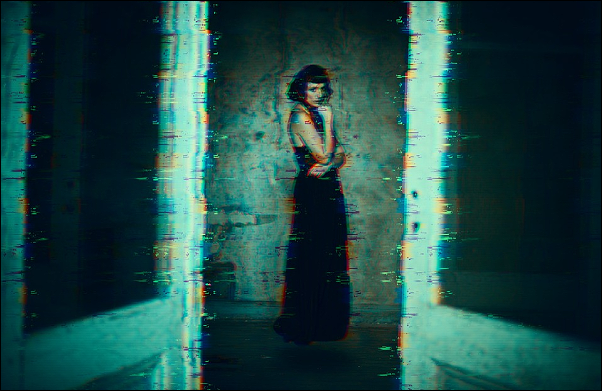 “It’s not real… it can’t be real… What did Rebecca shoot? Why did she send it? Is that why… missing…Whatever you do, don’t watch the footage. Please, Dave, don’t watch…” The badly recorded message from Ally trailed off into incoherent mutterings.

What the hell was she talking about? Rebecca’s footage was fine. Then I checked the date on the message. Two days ago.

Weird, I never noticed it before today. I have been busy, I guess.

I glanced back at the running computer where I had uploaded the recordings Rebecca sent. Just b-roll. Background shots of the asylum. Great video, but nothing out of the ordinary. I frowned.

How did Ally get a copy? Did Rebecca send her the stuff too? Why?

A sound caught my attention, and suddenly the computer screen fritzed. The video had stopped playing; a green-tinted, bleary image showed.

Hey, that’s the inside of the asylum. Rebecca was taking exteriors.

I don’t remember that video. There’s someone in the shot. Is that a woman?

I moved even closer, touching the screen.

The screen flickered and the figure turned. She looked straight at me.

As Ally’s voice echoed, her fingers reached out to the screen and touched mine. Pain raced up my arm and exploded in my head. My world went black and cold. After a few minutes, I opened my eyes. Everything was tinted green and shadowy, and strangely fuzzy. Almost like… static on bad video. I shivered.

What happened? Am I dreaming? Wait, there’s light. Is that a window?

A hand touched my shoulder. Ally’s voice whispered in my ear.

“I’m so sorry, Dave, I’m so sorry. Why did you have to watch the footage?” 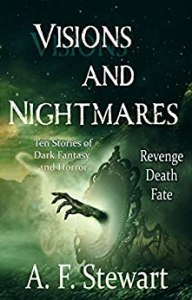 Tragedy spares no one… and takes no prisoners.

In the twilight shadows, secrets are revealed past the whispers of madness.