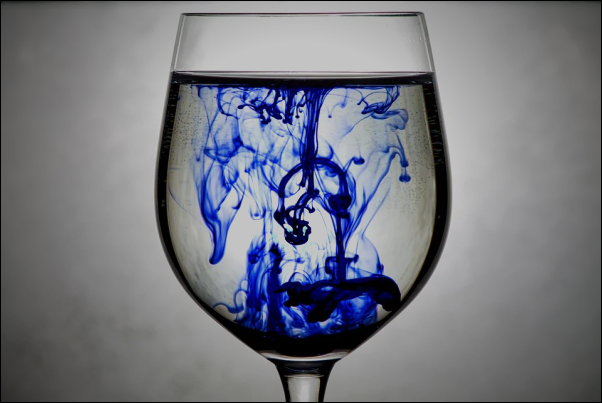 Sinclair had very few benefactors since the last great war and the government started censoring all artforms for public consumption. They eventually outlawed most forms of expression entirely unless it adhered to a strict set of guidelines that enabled “Loyalty, Honor, and respect for the Government of New Utopia” which really came down to only a handful of art pieces and literature curated by official government “Art Scientists” who crafted works they felt sent the correct message, leaving citizens “well in control of their emotions and sentiments”

Sinclair and her colleagues; Artists, writers, dancers, singers and musicians had been forced underground several years ago. Punishment for breaking what the government called “Terroristic Art for Malicious Purposes” law was severe. Disfigurement or death, depending on the severity of the “crime.” She was assigned to work at one of the state sanctioned marketplaces. 18-hour days were not unusual. They considered it essential to keep the economy from collapsing, even at the expense of mental and physical health. It was her “duty” and her “service.”

She hid her writing under the floorboards of her bedroom. A small stack of paper she’d gleaned from the market in the form of invoices, and employee files served as her medium. Her benefactor found her through a network of artists that used the market as a secret hub of communication and collaboration. She received a handwritten message about a time and a place to meet. She heard horror stories of artists being contacted by benefactors that turned out to be secret government agents and they were never heard from again. Some were malignantly deranged and used it as an opportunity to garner the trust of an unsuspecting artist only to rape or murder them. She packed a sharpened piece of plastic she’d recovered from a broken display at the market just in case and hurried to the Corridor.

The Corridor was a rapid transit system built during the war to transport soldiers to the various state fronts quickly and efficiently. It remained in service for citizens afterward except for restricted travel zones and she used it every day to get to her assigned employment station. A man sat next to her but got up after only one stop. He left a brown paper package behind on the seat with her name on it. Inside the package was a yellowed notecard handwritten. It said “1927 Hibiscus Drive. After your next shift. Careful you aren’t followed.” With it was a stack of ivory paper with a silken texture in pristine condition. She tucked it under her jacket and got off to catch the next train home.

Her shift the next day crawled. She watched the doors and aisles for Enforcers and nervously bit at the skin beside her fingernails. When she was finally allowed to clock out, she ran to catch the Corridor train into the highlands to meet with the man who she hoped would be her benefactor. Benefactors served a different purpose now and their support came in the form of supplies and delivery as well as dispersal of what the artist created. Her previous benefactor had been captured by Enforcers and never heard from again. It was a risky prospect no matter how you looked at it or what role you took.

When she arrived at the house she was greeted warmly by a younger gentleman and escorted into a small living room. He shut the front door and locked it. He moved the couch away from the wall and felt around the floorboards until one lifted and he pulled a cord beneath to reveal a trap door with stairs beneath. They descended and he lit a candle on a table at the end of the stairs. When her eyes adjusted, she saw the room was lined floor to ceiling with important works of art she thought had been destroyed by enforcers when they raided the museums. Van Gogh, Cezanne, Monet. He’d collected every important impressionist work he could get his hands on. And how he must have paid dearly. She couldn’t imagine what he’d offered in return or where he got the resources. She just stood in awe gazing at paintings that she’d only seen on television or online before the war.

“You look shocked.” He chuckled and smiled widely

“Should I not be? This is incredible.”

“I’m glad you think so.” He picked up the candle and moved to a small seating area and gestured for her to sit down. “It’s why you’re here. I want you to make a written record of what I’ve done here.”

Her eyes widened. It was quite an undertaking, and incredibly dangerous.

He chuckled again. “They’re the only ones I feel would fully understand what I’m doing here.”

He produced a bottle of vodka from underneath the seat. Contraband also. He offered her some and she shook her head. She’d be on public transport soon and didn’t want it detected.

He nodded and poured a sizeable amount for himself in a wine glass.

He plucked a smaller canvas from a pile next to where they were seated.

“You see, I feel this is the only way I can keep these works of art perfectly safe.”

She laughed incredulously. “Here? In your basement?”

“No.” he said flatly, not appreciating her tone.

He pulled a folding knife from his pocket and then plucked a small canvas from a stack of painting beside them.

He cut a small square from the corner of the canvas and placed the square into the glass of vodka. The old paint dissolved slowly making a strange tincture. She screamed.

“I am the only one truly worthy. I will be a living record of all of these works. They will be part of me.”

“Well, They can burn you just as easily as the paintings!”

A sly smile and a glint in his eye. “Oh, but darling. They’d never burn one of their beloved Art Scientists.” She shuddered, convinced now he had done this time and again to various artists as a form of torture. He never intended on being her benefactor. In fact, she was sure that his next step would be to kill her.

She stood suddenly over him, shaking.

“I won’t let you get away with this!”

The words were cut off and she drove the sharpened plastic deep into his throat. Blood poured forth at an alarming rate. All over the Van Gogh and over her. She would never make it home. She was dead the moment she got on the train. This was a trap and a dirty one, but they didn’t expect her to be armed. She grabbed the bloody painting and ran up the stairs. She reached the door before an alarm sounded. There must have been security cameras. She stopped at the door and took a deep breath, then opened it and ran out into the street. She held the painting above her head, dripping with the man’s blood. She opened her mouth to scream but the bullet from a rooftop snipe entered her head from a long distance before she’d had a chance to get any words out. She crumped to the ground, cradling the painting and bled out before wary onlookers.

Her actions had been recorded and played on state television for weeks. An example of what exposure to non-conforming art could do to the general populace. A lucky citizen won a lottery to burn the Van Gogh at a special event. Everyone cheered as the flames turned it to ash. 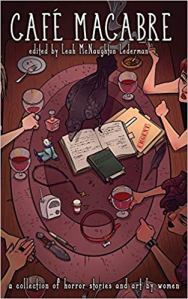 Nina D’Arcangela is a quirky horror writer who likes to spin soul rending snippets of despair. She reads anything from splatter matter to dark matter. She's an UrbEx adventurer who suffers from unquenchable wanderlust. She loves to photograph abandoned places, bits of decay and old grave yards. Nina is a co-owner of Sirens Call Publications, a co-founder of the horror writer's group 'Pen of the Damned', founder and administrator of the Ladies of Horror Picture-prompt Monthly Writing Challenge, and if that isn't enough, put a check mark in the box next to owner and resident nut-job of Dark Angel Photography.
View all posts by Nina D'Arcangela →
This entry was posted in Authors, Dark Fiction, flash fiction, FREE, Horror, Ladies of Horror, Writing Project and tagged author, fiction, flash fiction, Horror, Ladies of Horror, Michelle Joy Gallagher, picture prompt, Writing Project. Bookmark the permalink.