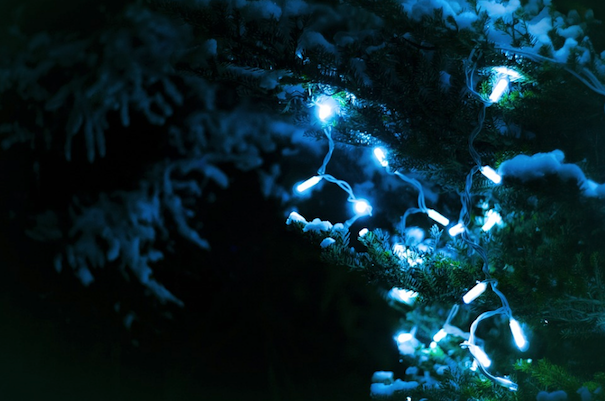 Twinkle, twinkle, Mr. Graham said to himself, standing outside his neighbors’ house. Little lights flickering among the snow-covered branches. Santa Claus perched up on the rooftop. A nativity scene graced the lawn in front of the big picture window.

Sickening. He shook his head at the mawkish mess. His neighbors tried his patience every winter with all the childish decorations he was forced to look at from his house on the corner. He’d move, but it seems people everywhere have adopted this infantile habit of festooning their homes with lights and pretending it’s all about a sweet babe’s birth.

He snorted and kept walking. His nightly walk around the block gave him some fresh air but, unfortunately, it also offered a look at his neighbors’ idea of Christmas cheer. A reindeer was peeing off the roof of the McKellen’s house. I’m sure Jesus would be pleased, you idiots, he muttered.

His left foot slid sideways, and he nearly fell. Luckily, even at his advanced age, Mr. Graham was spry. Ugh, what a horrible word. More elegantly, he had kept his figure trim and agile. Much better.

He righted himself and made to move on. Another step and he felt a tug on his ankle. Caught off guard, he fell flat on his back on the sidewalk. Gingerly, he rose to his knees and then stood. Each of his seventy-year-old bones hurt.

He tsked loudly, wishing the owner were out here to receive the tongue-lashing poised on the tip of Mr. Graham’s tongue. He touched the string of lights and felt a mild sting.  So, the lights were not only gaudy, but also dangerous. Hopefully fire wouldn’t envelop the entire neighborhood tonight. Then again, at least there’d be no more Christmas décor.

The string of lights tightened around his ankle, but that was impossible. His first pang of real fear took him over when he looked down at his foot again. The lights had now wrapped three times around his ankle, and he couldn’t see the end so he could remove it from his leg.

He grasped the cord again and a jolt of electricity sent him reeling backwards. He felt another pull on his ankle and quick as anything, he was on the ground again. This time, though, he smacked his head on the concrete sidewalk. He saw stars for a minute.

The stars cleared and he was being pulled toward the bushes by the cord around his leg. He anxiously pulled at the cord, trying to get loose, but it held firm and it shocked him again. He dug his fingers into the grass around the bushes, but the lights pulled him further into the bushes. Another shock convulsed his body.

When he recovered from the electrical shock, he was completely under the hedge. He tried shouting for help, but a cord was now wrapped around his elderly throat. Tightening and tightening, it gradually choked Mr. Graham to death. The cords slid from around his various body parts and back onto bushes and up on the edge of the roof.

The wind blew across Santa on the roof and his bells stirred up a tune. Baby Jesus slept soundly and all was quiet. 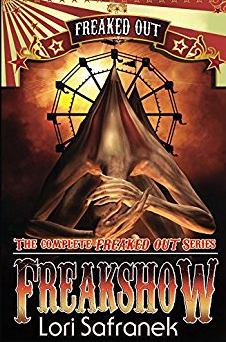 Freak Show is a collection of short stories based on the adventures of performers from Steiners Freak Show, a traveling circus side show. Steiner carefully selects his freaks so that they are genuinely blessed with real talents, none of his performers are fakes! From the lovely young Snake Charmer to the Tattooed Man whose tattoos fade away and relocate themselves on his body, every single one is the real thing! And Steiner’s family of freaks run into some frightening adventures that bring them near death! This isn’t some barker’s come on, folks, this is the real thing. Come to the freak show and see what happens after the sideshow closes!

Nina D’Arcangela is a quirky horror writer who likes to spin soul rending snippets of despair. She reads anything from splatter matter to dark matter. She's an UrbEx adventurer who suffers from unquenchable wanderlust. She loves to photograph abandoned places, bits of decay and old graveyards. Nina is co-owner of Sirens Call Publications, co-founder of the horror writer's group 'Pen of the Damned', and if that isn't enough, put a check mark in the box next to owner and resident nut-job of Dark Angel Photography.
View all posts by Nina D'Arcangela →
This entry was posted in Authors, Dark Fiction, flash fiction, FREE, Horror, Ladies of Horror, Writing Project and tagged author, fiction, flash fiction, Horror, Ladies of Horror, Lori Safranek, picture prompt, Writing Project. Bookmark the permalink.