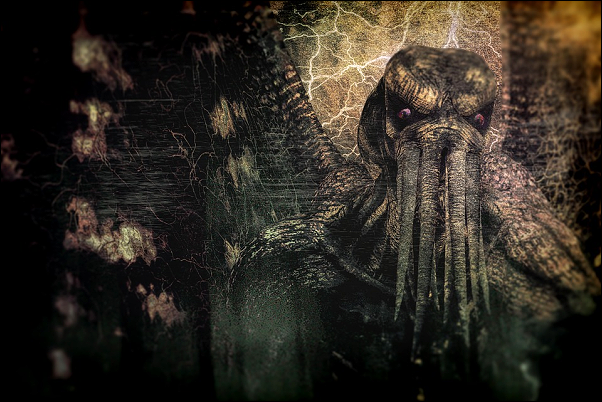 Earth and Air
by Sabrann Curach

In the dark of the forest,
I’ve been running from things,
monsters that nip, and scream, or whisper,
following behind me as I stumble and
trip over roots.
Ragged breath echoes,
they danced around me effortlessly.
The world may have ended behind me,
I’d never know.
There was a threat of the war,
held over us for so long it was a
shadow, a puppet, a silhouette of a parody.
We began to accept it’s hand above us,
some of us even saw it as a protection.
That hand, turned the other way,
could protect us, prevent others.
Insidious really, the monster’s hand,
became an umbrella of peace,
scattered with flowers and dripping blossom.
For some of us.
Not for me.
When it began, I ran. Pulling my own monsters,
behind me, in front of me, around me.
The hand over me was the biggest threat
to us all.
We ran.
I ran into a tree, and suddenly, silence
the howl of wind above me stilled,
the leaves stopped rustling.
And in the depths of the earth, and a mile above
two monsters began to roar,
and everything burned. 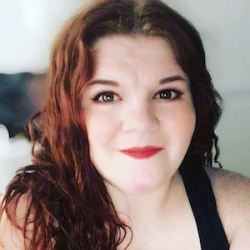 Nina D’Arcangela is a quirky horror writer who likes to spin soul rending snippets of despair. She reads anything from splatter matter to dark matter. She's an UrbEx adventurer who suffers from unquenchable wanderlust. She loves to photograph abandoned places, bits of decay and old grave yards. Nina is a co-owner of Sirens Call Publications, a co-founder of the horror writer's group 'Pen of the Damned', and if that isn't enough, put a check mark in the box next to owner and resident nut-job of Dark Angel Photography.
View all posts by Nina D'Arcangela →
This entry was posted in Authors, Dark Fiction, flash fiction, FREE, Horror, Ladies of Horror, Writing Project and tagged author, fiction, flash fiction, Horror, Ladies of Horror, picture prompt, Sabrann Curach, Writing Project. Bookmark the permalink.