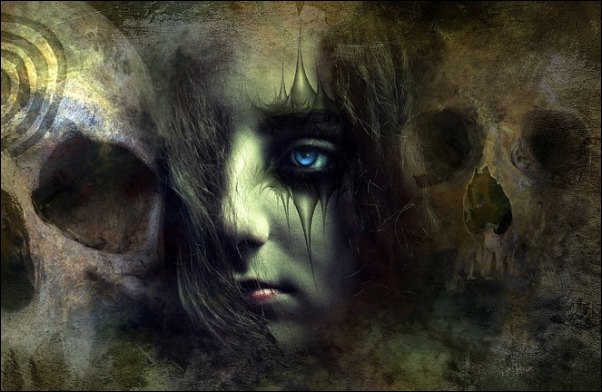 Q: What do you call a skeleton that stays out in the snow too long?

Only the joke ceases to be funny when you find your daughter digging at the hard, cold, ground, trying to reach the possibly frozen, likely decomposed, carcass of her cat.

“Why would you do that?” I shook her shoulders a bit too hard once I had her back inside the house.

“I dreamt that Johnson needed me. That he was cold.” Her blue eyes were wide with sincerity.
I remembered what it was like to believe in dreams.

My daughter had taken Johnson’s death hard. It was the first loss she had experienced. She had been too young to remember her father leaving.

Q: Why do skeletons hate winter?

A: The cold goes right through them

Only the joke ceases to be funny when your daughter has collected the hardened and bitter bones of Johnson and placed them in her doll carriage. He had been buried in the shade where his body would be reduced quickly. She said that in her dreams she warmed the bones and Johnson came back to life.
I remember when I believed in dreams. I dreamt of a happy marriage, of a loving family. But the coldness of my marriage had gone right through me.

I let my daughter speak of her dreams. I let her ramble about everything and anything she wishes. My dreams were first squashed when I had been quieted. I had to let him talk. His thoughts were important; his ideas came first. I had to be quiet, and in the quiet I lost myself.

Q: How did the skeleton know what would happen next?

A: He could feel it in his bones

Only this joke remains funny when extra bones are found with Johnson. I had buried him in the shade, as well. There would be no attempts to warm those bones for regeneration. It had been easy to say that he had left as he had truly left me with nothing. I was empty long before he became a skeleton and he hadn’t suspected a thing.

Nina D’Arcangela is a quirky horror writer who likes to spin soul rending snippets of despair. She reads anything from splatter matter to dark matter. She's an UrbEx adventurer who suffers from unquenchable wanderlust. She loves to photograph abandoned places, bits of decay and old grave yards. Nina is a co-owner of Sirens Call Publications, a co-founder of the horror writer's group 'Pen of the Damned', and if that isn't enough, put a check mark in the box next to owner and resident nut-job of Dark Angel Photography.
View all posts by Nina D'Arcangela →
This entry was posted in Authors, Dark Fiction, flash fiction, FREE, Horror, Ladies of Horror and tagged author, Elaine Pascale, fiction, flash fiction, Horror, Ladies of Horror, picture prompt, Writing Project. Bookmark the permalink.