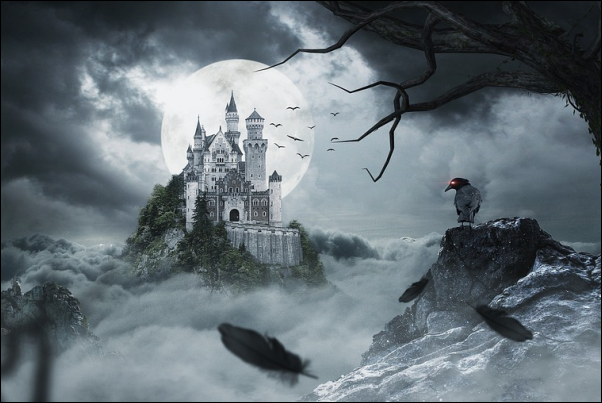 He was called the Bone Bringer, by some, others had heard of the Rock Crusher. Still others knew him only as the nervous way they felt when a forest breeze fell on their neck, though the woods were still.

All those people were gone, now.

He was No One incarnate, mere emptiness. Nothing.

And he was lonely.

The traveling never ceased. The movement, at once chaotic and smooth, was endless. He lumbered across the vast environs of earth, searching.

The things he touched, when he thought they might be worthy, they crumbled to nothing, descended from life into decay.

There was nothing left. He was lonely and he was hungry.

The crow was clever, he knew. Untrustworthy, to be certain, but keen enough to save its own feathered neck at any cost, even if that cost was the last family.

They thought they’d be safe there, holed up at the end of the world. But now nothing stood between them and Nothing.

He’d start with the crow. 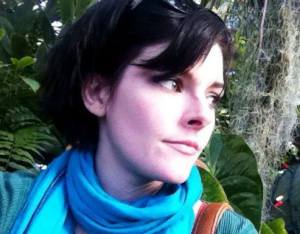 Leah Lederman has been working as an editor of indie horror comics and short stories since 2011. This year she’s taking the reins and releasing Café Macabre: A Collection of Horror Stories and Art by Women. Be sure to follow her on Facebook (www.facebook.com/ledermanediting) and Twitter (@leahlederman) to learn more about this terrifying and awesome anthology!

Nina D’Arcangela is a quirky horror writer who likes to spin soul rending snippets of despair. She reads anything from splatter matter to dark matter. She's an UrbEx adventurer who suffers from unquenchable wanderlust. She loves to photograph abandoned places, bits of decay and old grave yards. Nina is a co-owner of Sirens Call Publications, a co-founder of the horror writer's group 'Pen of the Damned', and if that isn't enough, put a check mark in the box next to owner and resident nut-job of Dark Angel Photography.
View all posts by Nina D'Arcangela →
This entry was posted in Authors, Dark Fiction, flash fiction, FREE, Horror, Ladies of Horror, Women in Horror Month, Writing Project and tagged author, fiction, flash fiction, Horror, Ladies of Horror, Leah McNaughton Lederman, picture prompt, WiHM10, Writing Project. Bookmark the permalink.