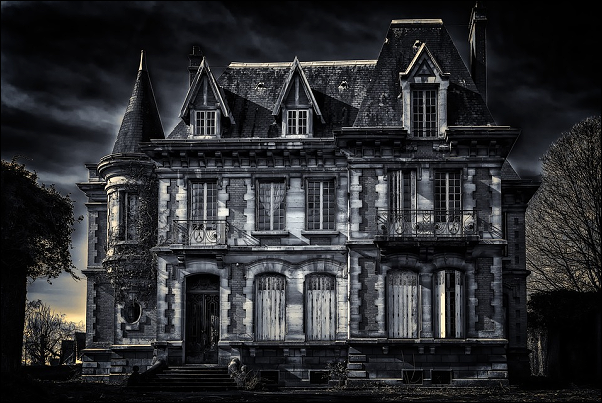 The House
by Selah Janel

The house didn’t match any other building in the neighborhood. It was the place everyone avoided, the rickety, condemned place of nightmares and whispers.

It was also the shortest way home from school.

Sarah always held her breath when she passed The House. Always. It had worked so far, so maybe…

She was three squares of sidewalk into its property when she heard the rumble. Just keep walking. Don’t stop and don’t breathe.

She tried. One square more. Two. And then she couldn’t. Her legs refused to move. She struggled, fought to slide her sneakered foot one space more. One more cracked, crumbling square and she’d be safe!

The House had other ideas. The demonic scream from it’s depths made her gasp, made her breathe.

Her breath made her fair game. The door flung wide and welcoming. The strange pull that rendered her unable to movie yanked her back to the door, screaming bloody murder, though no one was around to hear-

The little girl looked up from the dilapidated doll house, but didn’t move. She didn’t dare move until it was finished. Something crunched inside the doll house that was just as gothic and unnerving as her pretend game had made it. She tried not to look while The House was eating.

Her mother came to the door. ‘”Come on, Em, food’s getting cold! You can play pretend with your dolls later!’ From her angle, her mother couldn’t see the doll legs get sucked into the dollhouse door. It had bothered Emmie at first, but she quickly learned that it was worse if she didn’t feed what was inside. Besides, she liked creating stories, even if they bothered her parents sometimes.

When the house was quiet Emmie got to her feet after shutting the door. She never opened the house all the way anymore. “I think I lost Sarah.”

Emmie glanced to The House. It was quiet, but it didn’t have to say anything. If she kept it fed, the things inside wouldn’t come out. It was worth a few dolls and a hamster here and there. “I haven’t seen her.” It wasn’t nice to lie, but The House wasn’t nice, either.

“Well, we’ll look for her later and then talk about it. Come on, time to eat!”

Emmie followed her mother to the kitchen, sparing The House one last warning look before she left the room to eat her own meal.

Somewhere, something skittered in the walls, some pest or another. The House shuddered and opened its door, ready for the next course. 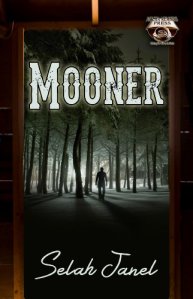 Nina D’Arcangela is a quirky horror writer who likes to spin soul rending snippets of despair. She reads anything from splatter matter to dark matter. She's an UrbEx adventurer who suffers from unquenchable wanderlust. She loves to photograph abandoned places, bits of decay and old grave yards. Nina is a co-owner of Sirens Call Publications, a co-founder of the horror writer's group 'Pen of the Damned', and if that isn't enough, put a check mark in the box next to owner and resident nut-job of Dark Angel Photography.
View all posts by Nina D'Arcangela →
This entry was posted in Authors, Dark Fiction, flash fiction, FREE, Horror, Ladies of Horror, Writing Project. Bookmark the permalink.