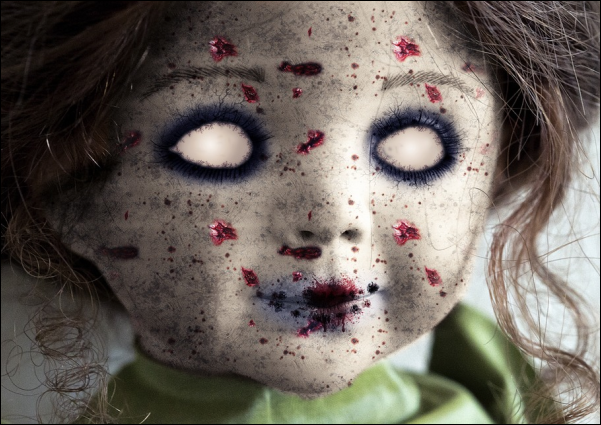 The Rehersal
by Leah McNaughton Lederman

Janey C thinks she knows everything.

Amanda hunched over the page she’d torn from the yearbook, dripping red candle wax onto the picture of a curly-haired brunette. A sweet-looking girl, wide eyed with a perfect pout. Everyone loved Janey C.

Not me. Amanda tossed the candle in her bag. She smudged Janey’s big eyelashes with a black magic marker, and blotted out those pretty brown eyeballs with whiteout she’d stolen from the teacher’s desk.

Stupid Miss Lewis would know it was her. But what could she do, anyway? Phone was cut off again and besides, Daddy hadn’t been home in a week. Mama had been locked up since they found the burns on Amanda’s back and shoulders.

Dirty wet drops from the ceiling landed on the portrait, leaving Janey’s face mottled and gray. Not so pretty now, are you? Janey C made faces at her when no one was looking. She plugged her noise and called her the Pee Pee Queen.

Amanda was going to show everyone what a monster their favorite star student was. She peeked out from the drainage pipe and saw Janey flouncing down the stone steps of the school.

With a slow, sick smile, Amanda crinkled the paper with Janey’s mangled photo on it. Time for the real thing, she thought, and fell into step behind her classmate.

Leah McNaughton Lederman is a freelance writer and editor from the Indianapolis area, where she lives with her husband, their two sons, two cats, and puppy. Since obtaining her Master’s degree in English Literature from the University of Toledo in 2009, she’s busied herself with writing, editing, parenting, and teaching (though not always in that order). She started her own parenting column in The Toledo Free Press, and has had her short stories published by Bloodlotus Online Literary Journal, The Indianapolis indie magazine Snacks, and in Scout Media’s anthology A Matter of Words. Her most recent work will be released by Indie Authors’ Press in Issues of Tomorrow. Several other pieces are awaiting rejection. As an editor, she’s worked on dozens of indie comic scripts and has been featured on the comics news sites “Creator Owned Expo,” “The Outhousers,” and the podcast “Comics Pros and Cons.” In addition to her work in comics with writers like Dirk Manning, Howie Noel, Bob Salley, and Kasey Pierce, Leah has edited short story collections, children’s books, dissertations, and several novels.

Nina D’Arcangela is a quirky horror writer who likes to spin soul rending snippets of despair. She reads anything from splatter matter to dark matter. She's an UrbEx adventurer who suffers from unquenchable wanderlust. She loves to photograph abandoned places, bits of decay and old grave yards. Nina is a co-owner of Sirens Call Publications, a co-founder of the horror writer's group 'Pen of the Damned', and if that isn't enough, put a check mark in the box next to owner and resident nut-job of Dark Angel Photography.
View all posts by Nina D'Arcangela →
This entry was posted in Authors, Dark Fiction, flash fiction, FREE, Horror, Ladies of Horror, Writing Project and tagged author, fiction, flash fiction, Horror, Ladies of Horror, Leah McNaughton Lederman, picture prompt, Writing Project. Bookmark the permalink.