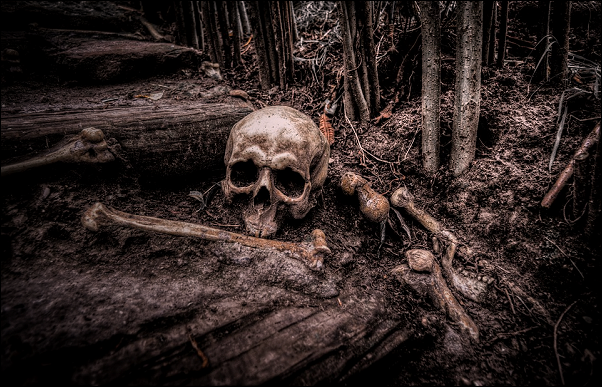 Of Earth
by Ela Lourenco

Of Earth and Sky were we born
Of Thunder, Lighting, Wind and Sea
Pink young flesh and beating hearts
Of joy, sorrow, pain and love

The Darkness inched in subtly
The Sun still shone for many a year
By the time we realised its glow had dimmed
The disease had spread without repair.

We consumed, devoured ourselves
Pink flesh turned ashen
Gleaming locks dulled with rot
Feeding, yet forever starving
The sickness spread within
Until all that was left was a planet of dirt
Old bones and carcasses that once did live. 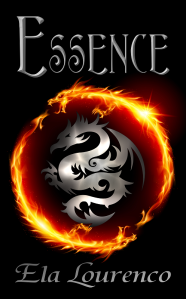 Nina D’Arcangela is a quirky horror writer who likes to spin soul rending snippets of despair. She reads anything from splatter matter to dark matter. She's an UrbEx adventurer who suffers from unquenchable wanderlust. She loves to photograph abandoned places, bits of decay and old grave yards. Nina is a co-owner of Sirens Call Publications, a co-founder of the horror writer's group 'Pen of the Damned', founder and administrator of the Ladies of Horror Picture-prompt Monthly Writing Challenge, and if that isn't enough, put a check mark in the box next to owner and resident nut-job of Dark Angel Photography.
View all posts by Nina D'Arcangela →
This entry was posted in Authors, Dark Fiction, flash fiction, FREE, Horror, Ladies of Horror, Writing Project and tagged author, Ela Lourenco, fiction, flash fiction, Horror, Ladies of Horror, picture prompt, Writing Project. Bookmark the permalink.