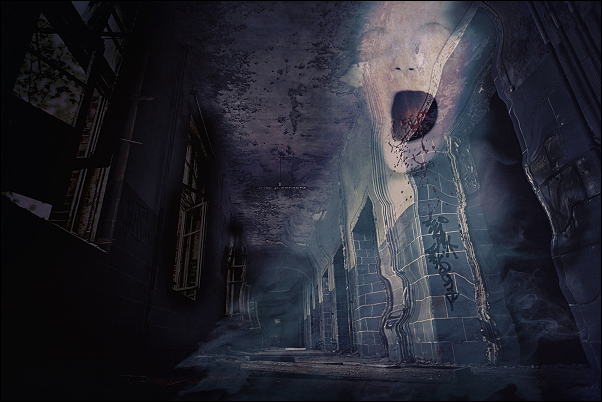 “Where did you serve?” the young man asked. His words echoed in the dim firelight.

Jed avoided his eyes and stared into the burn barrel before him. A breeze, colder than the breath of death, swept through the arch under the bridge and through his ragged clothing. He shivered as he drew close to the dying fire.

“I thought so. You’ve got the long stare. I was in Iraq. Two tours.”

“The name’s Oliver. What’s yours?”

He held out a hand but Jed didn’t take it.

“I should’ve stayed in Iraq,” the young man continued. He adjusted his stained baseball cap, then rubbed his hands together and held them out to the tiny flames. “Would’ve been better than this.”

“Anything’s better than this. There’s no more fuel. This fire won’t last the night.”

“Do you mind the smell of death?”

Jed shook his head. “Nope. In the army, I woke up to it every morning. Went to bed with it at night.”

“There’s a house nearby and it’s warm. I sleep there most nights. People won’t go there because of the smell. You wanna come?”

The damp chill reached through Jed’s flesh and into his bones. Pain pierced.

The two men collected their meager belongings and extinguished the fire. Jed shouldered his pack and followed the young man. They left the bridge and melted into the fog which covered the empty streets.

Five minutes later, they stepped out of the fog and arrived at their destination. The building loomed above them, illuminated by the glow of a single street lamp.

“It used to be a funeral home,” the young man said. “But, it stopped being one six months ago. I’m not sure why they closed it down.”

Oliver opened a window and a miasma of formaldehyde and death assaulted their nostrils.

“Believe it or not, you get used to it.”

He climbed inside and the locked door clicked. Seconds later, it swung open.

“Sorry, we can’t light a fire,” Oliver said as he led Jed down the hall. “I don’t want to attract cops.”

Windows lined the left side of the hallway, admitting faint light from the streetlamp, while doors lined the hall on the right.

“Why are there so many doors?” Jed said. “It looks more like an apartment building than a funeral home.”

He opened one door and peered inside.

A human leg lay in the middle of the floor. A human arm lay nearby.

Jed stared at them for several seconds. The more he focused on them, the clearer they became. He realized their sheen was not at all like human skin. It was plastic.

“I see a lot of weird stuff in these rooms,” Oliver remarked. “I usually sleep in the hallway.”

Jed closed the door and crossed to the nearest window. He dropped his pack to the floor and pulled his blanket from it.

“Can I ask you a question?” Oliver said as he too prepared his bed.

“Depends on what it is.”

“Is there a reason you won’t look me in the eye?”

“Maybe, I am. Or, maybe, I find your watch more interesting.”

The young man covered his left wrist and the gold watch on it.

“A man with a watch like that shouldn’t be on the streets. Why are you here, Oliver?”

He turned away and his features were lost in shadow.

“They said I was crazy,” he said at last. “Tried to institutionalize me.”

Oliver shook his head. “Not that. Something happened in Iraq. She…she gave me a gift.”

The young man’s body trembled. He settled on his bedding and faced Jed.

Jed looked up into Oliver’s face for the first time.

“You’re not the only one with…a talent. It happens a lot. A man goes to war with five senses and comes back with a sixth.”

Light played over the young man’s face and the transparent skull superimposed upon it. Jed averted his eyes from the sight.

“Did you see my future?”

“I can’t tell you. Knowing changes nothing.”

He clenched his fists, rose to his feet, and approached the doorway opposite. Once there, he pulled something from his pocket. Words appeared on the wall beside it as he moved the spray can over it. Jed couldn’t make out what they said. He didn’t know the language.

“You’re a nice guy, Jed. But, you know too much. I wanted to let you go. I could’ve found another sacrifice.”

He glanced over his shoulder and grinned. The skull over his face grinned too.

“Death expects one every time I summon her. I’ve found she prefers the disabled. She found my father delicious.”

The windows suddenly blew open and a mist entered the hall. It coalesced above them, filling the room with a cold born of the grave.

“The watch and the prosthetics. They came from the sacrifices.”

“Yes. The watch was my father’s. You should’ve seen his face when Death bit him in half.”

From within the mist, an enormous face appeared. High cheekbones, full lips, and dark eyes created an impression of unsurpassed beauty. Her eyes fell upon Jed.

Jed’s eyes remained on the woman’s face. She smiled and her lips parted.

“No need to apologize,” Jed said. “My death hasn’t come. Yours, however…”

The woman turned. Before Oliver could move, she fell upon him. He shrieked.

Jed’s eyes fell to the floor.

She hummed while she chewed. When she had finished, he turned his gaze on her.

She floated forward and hovered over him.

“You know death so well?”

“Every man has his death. I am yours.”

The woman’s face frowned beneath the transparent skull which covered it. 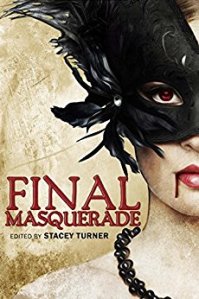 It’s the Final Masquerade and it’s your turn to dance.

The evening is ending and the guests are ready to leave, but the final event of the evening is just beginning — the unmasking.

Welcome to Final Masquerade where no one is who they seem.

Nina D’Arcangela is a quirky horror writer who likes to spin soul rending snippets of despair. She reads anything from splatter matter to dark matter. She's an UrbEx adventurer who suffers from unquenchable wanderlust. She loves to photograph abandoned places, bits of decay and old grave yards. Nina is a co-owner of Sirens Call Publications, a co-founder of the horror writer's group 'Pen of the Damned', and if that isn't enough, put a check mark in the box next to owner and resident nut-job of Dark Angel Photography.
View all posts by Nina D'Arcangela →
This entry was posted in Authors, Dark Fiction, flash fiction, FREE, Horror, Ladies of Horror, Writing Project and tagged author, fiction, flash fiction, Horror, Ladies of Horror, Naching T. Kassa, picture prompt, Writing Project. Bookmark the permalink.