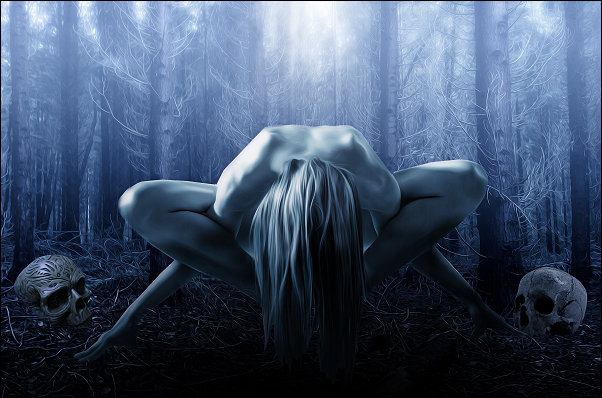 Effortlessly beautiful, she was alluring and unique. She shined so fucking bright that the Sun learned envy in her wake. As she strutted through the forest, burning the ground as she went, her face began to crumble and the trees quietly wept. November Lillith was her name, Ember Lilly for short, was nothing less than a monster wrapped in the guise of a goddess. She smirked at passersby, enchanted all of whom she met – but deep inside her hollow core, darkness harnessed major debt. Ember Lilly was no angel, no proper goddess to be worshipped, she required sacrifices, blood oaths, and countless souls for purchase.

She traveled across the continents, when summoned by those special sects. Secret groups, the Cult of Ember beckoned her, offering their sacrificial lambs. She arrived gracefully with skeletal parts shown, a smirk across half her face, as they’d backed away in awe and fear. Ember Lilly exposed her boney fingertips, she plunged them deep inside the fresh meat lying willingly before her. Flayed alive for new skin that Ember would now wear. No more reaper flair to bare and her worshippers gasped at her polished look. She thanked them by killing four more, just for entertainment, then offered up whatever obscene mortal things they’d been requesting.

November Lillith often grew bored of mortals and their plights, but damn did their skin felt good over her immortal bones, if only she could figure out a way to make the flesh last as long as her life. 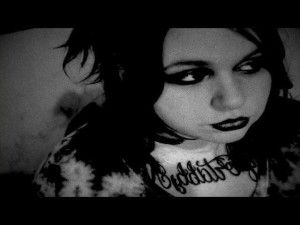 Lydia grew up in a small, ‘Mayberry,’ sort of town, in New Jersey. She thoroughly enjoys gummy bears and laughing through the darkest depths of life. More often than not, she writes about demons and monsters, however, being a recovering addict tends to turn inner demons into fearsome foes to be fought beyond the constraints of the mind. ‘Sometimes,’ she states, ‘what’s inside, is scarier than anything reality throws at you.’

Nina D’Arcangela is a quirky horror writer who likes to spin soul rending snippets of despair. She reads anything from splatter matter to dark matter. She's an UrbEx adventurer who suffers from unquenchable wanderlust. She loves to photograph abandoned places, bits of decay and old grave yards. Nina is a co-owner of Sirens Call Publications, a co-founder of the horror writer's group 'Pen of the Damned', and if that isn't enough, put a check mark in the box next to owner and resident nut-job of Dark Angel Photography.
View all posts by Nina D'Arcangela →
This entry was posted in Authors, Dark Fiction, flash fiction, FREE, Horror, Ladies of Horror, Women in Horror Month, Writing Project and tagged author, fiction, flash fiction, Horror, Ladies of Horror, Lydia Prime, picture prompt, WiHM9, Writing Project. Bookmark the permalink.