The chief of the Mitsogo tribe handed a ceremonial mug filled with iboga root to Dr. Ambrose Peters, who choked down the bitter concoction and waited. Followers of the Bwiti religion which he studied required he go on a spirit journey. What would his totem animal be? An eagle? A python? He had hoped for something majestic to match his ego. Neither a squirrel nor a dung beetle would do. No, his animal must be big, proud, and strong. Like him.

His journey began with the sound of buzzing followed by intense dizziness. In moments he found himself moving quickly through the Gabon jungle. What was he? A quick glance down revealed broad tan paws. A rushing sound guided him to a river where he looked into the water.

An intense feline face surrounded by a bushy mane of reddish brown fur stared back at him. Ah, a lion. Pride swelled in his breast as did arrogance. Of course he would be the king of the jungle. Lions had no predators so he encouraged his guide to run through the thick woods in search of Thompson’s gazelle. Peters felt a scorching hunger. This lion had not eaten in days.

He and the lion rushed past ferns and brush until they came to a clearing. In the grass ahead, gazelles grazed completely unaware of the danger lurking only a few feet away. Gazelle were weak, like Peters’ ex-wife and first-born son, the artist. He encouraged the lion to attack, and within moments it leaped into action, chasing down an elderly and sick gazelle.

A shot rang out. Intense pain seared Peters’ in the chest. He turned the lion’s head in time to see four men with rifles rush him. As the next shot struck the animal’s forehead, Peters snapped out of his trance and slammed into his body. Exhausted and sore, he fell backwards as the chief caught him. Startled and a little bit frightened, he pressed his hand against his chest and felt the warmth of blood. Blood trickled down his forehead. He had forgotten that one enemy of lions, the ones who could cause their extinction. 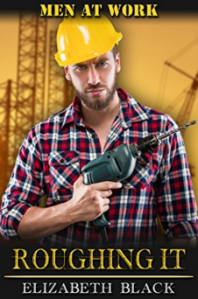 When a strange outbreak occurs at a lakeside campground, Jake Walker and Lance Cameron investigate. Not only are they biologists, they’re lovers who share a passion for science.

The outbreak has locals terrified. Nine campers become sick; four die, and one victim reports an increase in her sex drive so serious, she attacks her best friend’s husband. Is this lustiness caused by the disease? What’s behind the odd rainstorm that falls over a small geographic area and the strange red dust around the cabins? Is this outbreak a new disease or something much more dire?

Together Jake and Lance must find the cause before others are infected … and before they come down with the plague themselves.