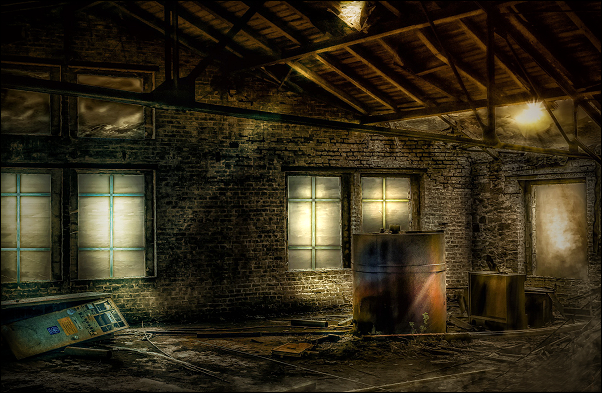 Steven wasn’t supposed to be in the abandoned psychiatric hospital; he snuck in through the basement before dawn so he wouldn’t be noticed. But no guards were around to chase him away. He took a sip of hot coffee from his Thermos to ward off the chill permeating the air.

Early-morning sunshine brightened the room, but couldn’t penetrate the dirt-caked windows. Steven lifted the digital camera to his eye, shooting through the sick yellow haze as he ventured into the hallway.

An old metal gurney splashed with dried blood blocked his way into the next wing. Steven pushed it aside, eliciting a low groan from the stainless-steel bed. It echoed through the hallway, sending shivers along his spine.

Steven took his time as he explored the building, peeking into rooms and taking pictures of things he found interesting. A blue safety razor sat on the edge of a dirty tub looking brand new. He figured a squatter had used the place recently, but would a squatter take the time to shave? Steven shrugged off the mystery.

Here and there, rats looked out of holes they had chewed in the walls, but they didn’t bother Steven. They squeaked at him when he walked by, as if warning him to leave them alone. He continued through the hallway, stopping at a room with bright blue walls. Although some of the paint was peeling, the room looked cheery, out of place in such a gloomy building. Must’ve been a child’s room, Steven thought.

At that moment, he heard a faint cry from down the hall.

“Uh, hello?” Steven called, peeking into the hallway. He looked both ways, but saw nobody. “Is someone there?”

No response. The hospital was silent once more. Just my imagination, he told himself. It would be weird if I didn’t hear something in a place like this.

He left the room, a little spooked, but still wanting to explore as much as he could before he got caught. He arrived at the end of the wing, but the doors were blocked with wood planks, allowing him to go no further. He decided it was time to make his way back to the basement and come back another time when suddenly the doors pushed outward toward him, then slammed back, almost breaking the boards keeping them shut.

Steven didn’t wait to see who or what was trying to get out of that wing; he ran as fast as he could back to the hospital entrance.  But the corridors were long and confusing and there were many of them. Steven found himself lost in the middle of the building.  He could hear banging on the doors in the distance, as if something wanted out RIGHT NOW.

He ducked into a room he hadn’t explored yet, looking for a place to hide. Candles set in a circle on the floor provided flickering light. Graffiti covered the walls. “The End is Near” read one of the messages, so red it could’ve been written in fresh blood. Cold sweat dripped down the back of his neck as shuffling footsteps approached him.  He whipped around, screaming at what had come for him. 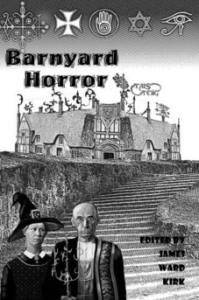 This is a superb collection of horror art, poetry, flash fiction and short stories.