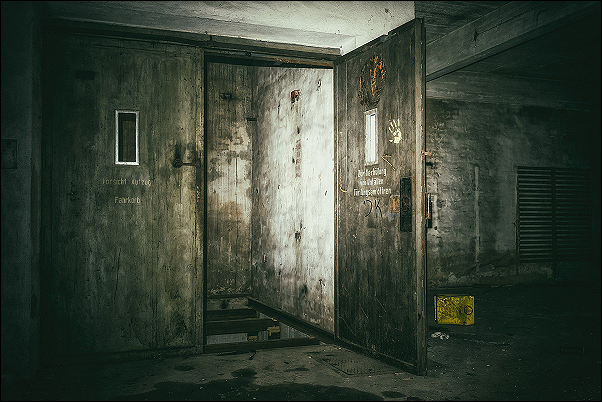 The Shaft
by Julianne Snow

Strung up, alone with my madness, I know the ground is far enough away to kill me should I give into the burning pain in my muscles. I should let myself relax into the air around me but I can’t let go despite the assurance I’ve been secured for later rounds.

They call it fun, these rounds of torture I’m made to endure. They’re anything but. At times I feel like the skin is being flayed from my bones. In others, my fingernails are pried a bit further from the tips of my fingers. My tongue has already been cut out and my screams have become guttural moans of pain.

I don’t blame them. I put myself in this position. Acting like what I was doing was normal, moral, and even sanctioned by a God none of us could see nor chose to believe in. How could we believe? Growing up, we’d all seen more pain, inflicted even more carnage on those around us. The many who fell through the cracks of society running rampant with a kill-before-being-killed mentality.

It’s a miracle I’d survived until now. Most would have died before my tender age of seventeen, succumbing to the streets filled with those up to no good.

And I had been one of them. One of the worst. Not afraid to slit the throat of my best friend for a dollar. Never loyal enough not to rat out my own mother for the chance to spare my own life until the next time something came calling in the night.

It led me to this moment in this shaft knowing my time had thankfully come. My body is tired from the constant fight for survival but my mind is sharp, still working on a way to get out, to get away. My mind fixates on the bloody handprint I know was on the inside of the shaft’s door. Proof someone had gotten out.

I vow to leave my own as I escape. 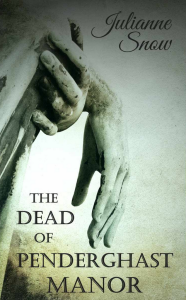 Nina D’Arcangela is a quirky horror writer who likes to spin soul rending snippets of despair. She reads anything from splatter matter to dark matter. She's an UrbEx adventurer who suffers from unquenchable wanderlust. She loves to photograph abandoned places, bits of decay and old grave yards. Nina is a co-owner of Sirens Call Publications, a co-founder of the horror writer's group 'Pen of the Damned', and if that isn't enough, put a check mark in the box next to owner and resident nut-job of Dark Angel Photography.
View all posts by Nina D'Arcangela →
This entry was posted in Authors, Dark Fiction, flash fiction, FREE, Horror, Ladies of Horror, Writing Project and tagged author, fiction, flash fiction, Horror, Julianne Snow, Ladies of Horror, picture prompt, Writing Project. Bookmark the permalink.