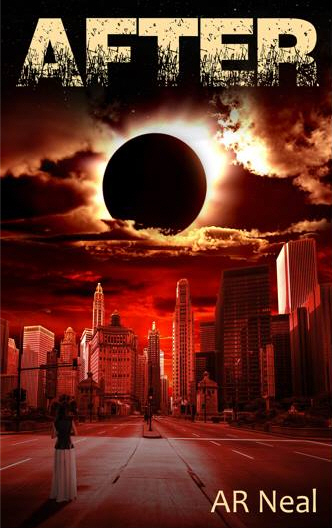 What happens when the ordinary world ends? Marlena Jacoby finds herself alone after her husband Darius, and many other people, disappear; some call it the Rapture of the Bible, others say aliens are responsible, while others blame terrorism. As Marlena reflects on her husband’s faith tradition and beliefs, she and her friends start seeing parallels between what is going on around them and what the Bible seems to suggest. Who is the mysterious Ibrahim Johannes Naifeh? Have the followers of Puka Ripusaq started a war that will destroy everyone on the planet? Who will survive the Dark and what happens when the Pale appears? Follow Marlena’s journey of self-discovery and redemption as she discovers what happens “After.”

Andreé Robinson-Neal is a writer, editor, and scholar-practitioner who publishes under the name AR Neal. She has a dream of changing the world, one word at a time. Find some of her musings at http://starvingactivist.com and her professional portfolio at http://drarneal.org.

Nina D’Arcangela is a quirky horror writer who likes to spin soul rending snippets of despair. She reads anything from splatter matter to dark matter. She's an UrbEx adventurer who suffers from unquenchable wanderlust. She loves to photograph abandoned places, bits of decay and old grave yards. Nina is a co-owner of Sirens Call Publications, a co-founder of the horror writer's group 'Pen of the Damned', founder and administrator of the Ladies of Horror Picture-prompt Monthly Writing Challenge, and if that isn't enough, put a check mark in the box next to owner and resident nut-job of Dark Angel Photography.
View all posts by Nina D'Arcangela →
This entry was posted in Amazon, Apocalypse, Books, Dark Fiction, Fear, Novels, Speculative Fiction and tagged After, Amazon, AR Neal, Bible, book, dark fiction, end days, Novel, Post Apocalyptic, Rapture. Bookmark the permalink.