Welcome to Coffin Hop on Spreading the Writer’s Word!

Every EIGHT hours for the next EIGHT days I’m gonna switch it up and offer you something horrifically scrumptious from a different author!

Deets on how and what you can win are at the bottom of each post. And anywhere you see the words Coffin Hop in the post, you can click to visit the other fab hoppers!

Let’s see who’s the Reaper’s eyeballin’ in this post, shall we?

Even Hell Has Standards: Pride 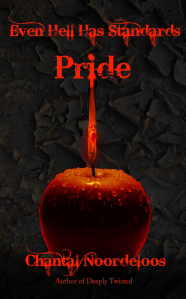 Sometimes life brings out the worst in a person, but Adolf Zakerny was born for evil. After a life of torment and murder, all in the name of Hell, it’s time for Zakerny to take his place amongst the demons. Will the blood he spilled appease the charismatic Lord of Hell, or will Zakerny’s Pride come to a fall?

‘Pride’ is the first of seven short stories in the ‘Even Hell Has Standards’ series, where Chantal Noordeloos takes the reader through the darker side of human nature, and it’s road to redemption. This is Hell as you’ve never seen it before. 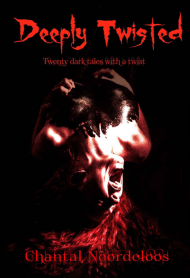 A mother murders her eldest daughter. A clock appears in the middle of a park. A one-eyed man with a raven on his shoulder joins three homeless men on a chilly night…

Embrace the night and all its terrors in this macabre gallery of monsters. The living and the dead, the spectral and the material—horrifying visions from the tormented mind of Chantal Noordeloos. Your nightmares will never be the same

Okay, so how do you go about being a potential Coffin Hop winner? Easy, leave a comment on this post (‘Likes’ don’t count, but are appreciated), and at the end of the 2014 hop, I’ll be randomly selecting FOUR novel or novella winners, and FOUR $0.99 short story winners to choose among any of the works featured between October 24th and 31st on this blog in their respective category. Each winner will receive an Amazon gift of the eBook or short they have chosen. Plus, they’ll also have a free copy of my own short story release, ‘Bent Metal’, shoved down their throat in the form of a second Amazon gift!

Like the nice officer said, “Spread ’em!” —— Tweet, share to Facebook, Google+, or anywhere else you roam so others can be a part of the glory that is horror; and we can all help the authors who are featured here get their work in front of as many new eyes as possible! Extra BONUS!! My top tweeter gets a super secret prize that looks just like a $10 Amazon Gift Card – but fear not, you’re superhero identity will be kept hush-hush! Don’t forget to tag me! @Sotet_Angyal

And while you’re at it, hit up my other two blogs, ‘Sotet Angyal – The Dark Angel‘ and ‘The Road to Nowhere…‘, for a new post each day and other goodies I’m giving away! Plus make sure you visit the other freakin-superfantabulicious hoppers who are working just as hard at making this year’s Coffin Hop one bitchin’ Halloween roller-coaster ride from hell!

Nina D’Arcangela is a quirky horror writer who likes to spin soul rending snippets of despair. She reads anything from splatter matter to dark matter. She's an UrbEx adventurer who suffers from unquenchable wanderlust. She loves to photograph abandoned places, bits of decay and old grave yards. Nina is a co-owner of Sirens Call Publications, a co-founder of the horror writer's group 'Pen of the Damned', and if that isn't enough, put a check mark in the box next to owner and resident nut-job of Dark Angel Photography.
View all posts by Nina D'Arcangela →
This entry was posted in Amazon, Authors, Coffin Hop, Collection, Dark Fiction, Horror, Novella, Novels and tagged Amazon, books, Chantal Noordeloos, Coffin Hop, Deeply Twisted, Even Hell Has Standards, Giveaway, Horror. Bookmark the permalink.