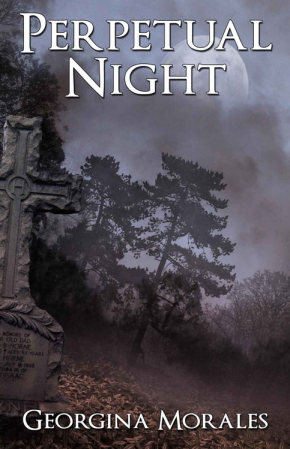 WHEN SECRETS ARE UNEARTHED, THERE’S ALWAYS A PRICE TO PAY.

It started in the woods surrounding a sleepy town of New England where a primeval creature hides behind the tombstones of an abandoned cemetery. Lilibeth has seen the feminine figure many times. It stalks her dreams. At 15, Lilibeth is dealing not only with the normal problems of adolescence, but with nightmares she can’t understand. In them are monsters lurking in the shadows that reek of decay. All but the golden-haired woman. Older than time, she has an unearthly glow and even though she never speaks, the teen senses the presence is wicked.

For weeks, Lilibeth dismissed the ominous dreams as her brain’s way to work through the anxiety of growing up. After all, she has spent the last six years trying to come to terms with her father’s untimely demise. Her overworked mother has done everything she can to help, still, spending most evenings eating dinner alone makes the teen yearn for the family life she knew.

Lilibeth tries to understand her mother’s plight. Sarah’s long hours at the hospital and her efforts for quality moments together; it used to make sense to the teen. Not anymore, something is evolving inside her, something she can neither comprehend nor control.

At least she has Alex. Her best friend, he has been by her through the worst of times, becoming her personal Jiminy Cricket and turning her into a better person. Known as an excellent student and a great brother and son, he is the perfect ally for someone like Lilibeth, learning to tame her darker side.

But she is losing control over the world around her.

Every night she wakes up screaming, drenched in sweat, and terrified to go back to sleep. Her feelings are running loose too; more intense than ever, like the stupid crush she’s developed for Alex. They used to be able to talk about everything and now when she needs his company the most, her infatuation is breaking them apart. Especially because he is interested in another girl. And she is angry all the time! Sometimes it feels like a lifetime of held back emotions have fallen on her at once.

As the dreams get darker and the creatures more menacing, Lilibeth’s struggle to sleep reaches a peak and the strain shows. Questions torment the youngster as much as the visions in her dreams. She’s thin, frail, and has barely slept in a month. When her mother decides to intervene, the teen is faced with the possibility of being committed. Insanity is not an alien concept in her family, could she be the latest victim?

Sarah has her own secrets, like the truth behind her husband’s death and the legacy of her bloodline. Hers is a long lineage with its fair share of blemishes, among which insanity might be the most benevolent. But even at her worst, Lilibeth is Sarah’s world. There is no risk she wouldn’t take for the youngster. The struggle is weighting heavy on Lilibeth and could prove too much for her psyche, but helping her is not an easy task. There are so many restrictions, not the least of which is the teen’s belligerence. She is pulling apart and Sarah fears what will happen if her daughter chooses the wrong path.

When the visions hound Lilibeth even awake, everything comes to a collision. Are the figures crossing between the worlds in a desperate attempt to deliver their message? Or has Lilibeth fallen pray to her blood? Can love be stronger than destiny?

Follow Lilibeth as she searches for the truth in a world where the here and the beyond get tangled, and every clue holds the key to new horrors. Where reality is abstract and dreams too real. Where knowledge is dangerous and uncovering a secret can threaten more than her sanity, her life.

Nina D’Arcangela is a quirky horror writer who likes to spin soul rending snippets of despair. She reads anything from splatter matter to dark matter. She's an UrbEx adventurer who suffers from unquenchable wanderlust. She loves to photograph abandoned places, bits of decay and old grave yards. Nina is a co-owner of Sirens Call Publications, a co-founder of the horror writer's group 'Pen of the Damned', and if that isn't enough, put a check mark in the box next to owner and resident nut-job of Dark Angel Photography.
View all posts by Nina D'Arcangela →
This entry was posted in Amazon, Authors, Blog Tour, Dark Fiction, Horror, Novels, Women in Horror Month and tagged Amazon, book, Georgina Morales, Horror, Perpetual Night, WIHM 2014. Bookmark the permalink.