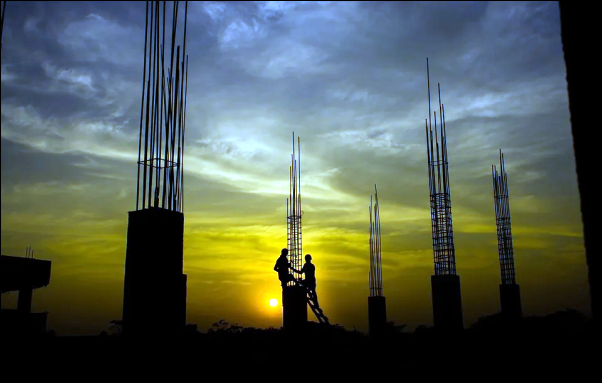 What is a Monster?
by Kendra Hale

When we were young I once asked my sister, “What is a monster?” I had expected a simplistic answer, the normal reply of the creatures who haunt the darkness and move through the shadows. The ones that they played on the late night black and white double feature showings at the Paramount Drive-In during the balmy Summer nights. The air would smell of oil, gasoline, burning wood from those who built a fire to keep warm while enjoying the films, and of course hotdogs and popcorn.

Looking back at her answer then, she was so wise beyond her eight years. The kind of wise that reminds you of how painful and bleak life really is though, the kind of wisdom that happens only to those whose path has had desperate despair. Even in the happiest of time, Viz had held onto her sharp mind that analyzed each situation, waiting for the floor to shift. That night Vizcacha had looked at me after pondering my question, her doe green eyes shimmering in the light of the screen and whispered softly.

“What are the Hollow Ones Viz?”

“ The ones who hide behind the normal but it never reaches their eyes. The ones in a position that should be based in love and trust, but it is a facade. They no longer feel and those who trust them… learn the truth in the end. Like we did Cadance.”

I had hugged her to me and had tried to calm her mind, as best I could with my own 16 years of experience.  Even though the way she had stated it was clinical and not from a place of emotion, even when our past had played a part in her narrative. She had always been a smart child, but her mind had gotten even sharper after the Zeno attacks began.

It has been almost 9 years since that moment at the Drive-In and the world had gone to absolute shit in that time. Any of the technology that people had clung so hard to had proved useless in this epidemic that plagued those who aged over 25 years. It was never a defined time that the great minds of our time could even come to a complete agreement on, with all the variables they clung to. No one person knew when their time for the disease to hit would happen…but it did and that was inevitable.

We had seen first hand how sporadic and devastating the disease was. It took all of what made a person and left them no more than an empty shell. The memories, the emotions, the very core…would just disappear. But not before the pain took its retribution. Our family had been untouched… until we weren’t. There was no vaccine, not preventable measures that could have been taken. There was no avoiding what was coming but that brings no comfort.

The most clear memory from the night we lost our parents was this loud and sudden cracking noise. It was as if in the dead of the night the tree limbs broke free from the trees for fear of decay. But what was shown on television was so different then seeing it in the flesh, of it being tangible and someone you knew.  What we saw as we raced through the house trying to escape was no longer the parents we had known for our lives. Their limbs distended and pulled from the socket, their jaws unhinged and open with this terrible wheezing scream emanating from their mouths. Their eyes sunken and brows covered in this viscous fluid. It was like one of those images from a horror show or comic… but so much worse.

In the end the only places that the survivors have found that are safe are those that are high up. My sister knows my wishes are to be killed when who I am is gone. When I become hollow. My 25th birthday is coming soon. I will become what is inevitable.

I will become a monster.

Nina D’Arcangela is a quirky horror writer who likes to spin soul rending snippets of despair. She reads anything from splatter matter to dark matter. She's an UrbEx adventurer who suffers from unquenchable wanderlust. She loves to photograph abandoned places, bits of decay and old grave yards. Nina is a co-owner of Sirens Call Publications, a co-founder of the horror writer's group 'Pen of the Damned', and if that isn't enough, put a check mark in the box next to owner and resident nut-job of Dark Angel Photography.
View all posts by Nina D'Arcangela →
This entry was posted in Authors, Dark Fiction, flash fiction, FREE, Horror, Ladies of Horror, Writing Project and tagged author, fiction, flash fiction, Horror, Kendra Hale, Ladies of Horror, picture prompt, Writing Project. Bookmark the permalink.