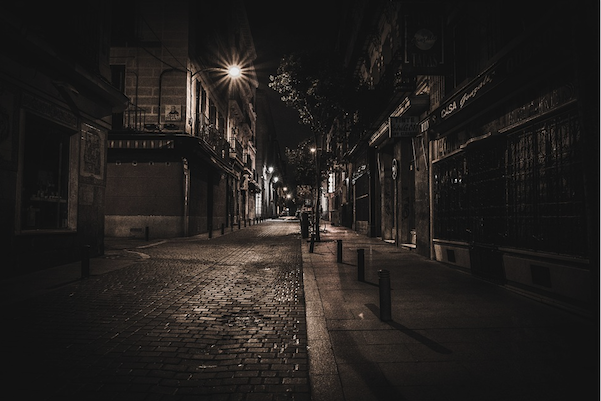 Streets in Sepia
by Sonora Taylor

The streets were in sepia now. Claire only saw them in her memories, cobblestone and starlight, clean and immaculate.

Everyone takes liberties with their memories. Claire could leave the blood off the streets if she wished.

She only saw them in sepia. Burnt photographs of what she’d done lingering and fading in her mind like photographs in pages with torn binding. Unprotected from the sun, covered in dust and smelling of mold. Claire breathed in and took in the scent of mildew and dust, engrained so deeply into her mattress that she wondered if the bed was older than the prison itself.

Everything had been in color then. Everyone had roamed the streets laughing and piercing her ears with their shrieks. Claire had longed for the city she’d seen in a photograph. It was in sepia, empty and waiting to be filled. The street should’ve been more careful about what it wished for.

Still, Claire could help. The ringing in her ears began to whisper. The street told her that the best way to erase the filth was to send it running down the streets, to wash out the color by letting it seep through each nook and cranny until the sepia photograph could reappear in her eyes.

The blade in her purse served to touch up the photograph. The streets ran red and the ringing turned to screams. Claire watched the color drain from the street as she was dragged away.

She smiled as she touched the stone wall of her cell. The street was in forever in sepia. She’d made it that way. 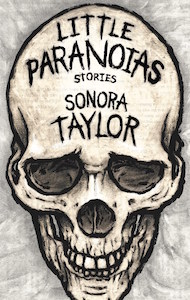 Is it a knock on the door, or a gust of wind? A trick of the light, or someone who’ll see what you’ve done?

“Little Paranoias: Stories” features twenty tales of the little things that drive our deepest fears. It tells the stories of terror and sorrow, lust at the end of the world and death as an unwanted second chance. It dives into the darkest corners of the minds of men, women, and children. It wanders into the forest and touches every corner of the capital. Everyone has something to fear — but after all, it’s those little paranoias that drive our day-to-day.